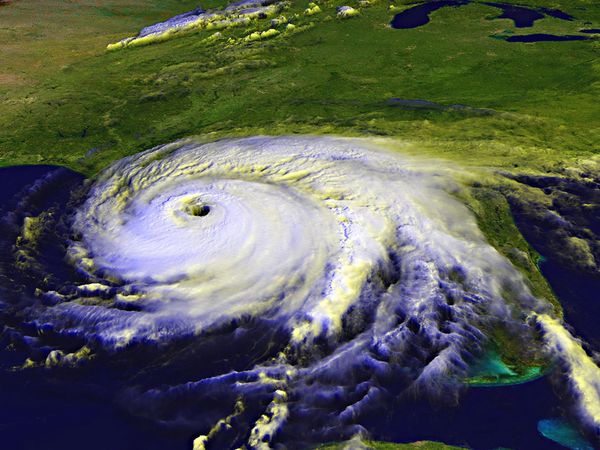 On top of the record-smashing heat and historic drought, the US now has yet another weather threat.

The hurricane season could be worse than expected.

The season, which runs from 1 June to 30 November, was originally expected to yield between 9 and 15 named storms.  A storm is named when it reaches “Tropical Storm” status.  That happens when its sustained winds reach 65 km/h.

Late last week, NOAA revised that forecast and said that 12 to 17 named storms are expected, and 2 to 3 of those could be major hurricanes.  A hurricane is considered to be major when it has sustained winds of 178 km/h (111 mph).  This is the beginning of the Category 3 level.

This season has already produced 6 named storms (Alberto, Beryl, Chris, Debbie, Ernesto and Florence).  Of those 6, only 2 (Chris and Ernesto) became hurricanes.

Revising the forecast upward was unexpected, despite this season getting off to an early start.  Three named storms formed before the season even began on 1 June.  It’s the first time that’s happened since 1908.

But El Nino is expected to form.  That’s bad news for hurricanes because the Pacific Ocean event actually increases the strength of the winds shear over the Atlantic Ocean.  That does not favour hurricane development.  It shreds them as they try to build.

At this point though, it looks like El Nino will form too late to prevent this season from reaching average to above-average levels.