US: Hope for 6-year-old trapped hours in sand dune 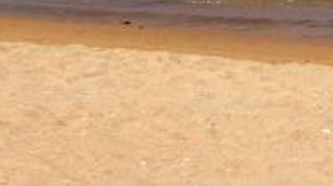 The 6-year-old boy swallowed whole in an Indiana sand dune over the weekend could make a full recovery, a medical official said Monday.

Rescuers dug furiously for three and a half hours to extract little Nathan Woessner, who was recovered unconscious and rushed to the University of Chicago Medicine’s Comer Children’s Hospital.

The boy is on a ventilator, she said, and is breathing at the capacity of a moderate intensive-care-unit pneumonia patient.

He could have his breathing tube out later this week and could be out of the hospital in 10 days to two weeks with rehabilitation to follow, Koogler said. It’s unclear what kind of lasting health issues he may have.

Authorities have said they don’t believe Nathan suffered brain damage from a lack of oxygen and there were no significant injuries to his eyes. A single air pocket in the dune may have saved his life, officials said.

At present, doctors are trying to clear sand from his lungs.

The boy and his family had gone Friday to Mount Baldy Beach at Indiana Dunes National Park, in the northwestern corner of the state. It was a day meant to be a fun family vacation at the beach on the Lake Michigan shoreline.

Pastor Don Reul, Nathan’s grandfather, said his daughter and son-in-law went with another couple and their children. The incident occurred after the fathers decided to climb Mount Baldy. Nathan and a friend followed.

Then the unexpected happened: sounds of screams and a boy lost in the sand.

Nathan had stepped in a sinkhole, and a friend yelled to the fathers that the child was gone, the grandfather said.

The fathers frantically tried to dig him out, but the more they dug, the deeper Nathan seemed to sink in the 11-foot mound.

A call for help went out immediately to 911.