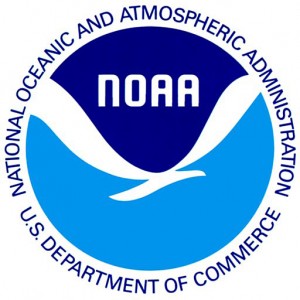 Recently, I talked about how the US’s summer of 2012 is often compared to the summers during the 1930’s.  These were the years of the great Dust Bowl.  During that decade of record-setting heat and drought, July of 1936 was the hottest.  That was the month that set the standard for by which all other heat waves are measured.  That was the hottest month ever in the US since they started keeping records in 1895.

Notice that the last sentence of the above paragraph uses the word “was”, not “is”.

That’s because July 2012 just dethroned July 1936 as the hottest month ever in the US.

And whilst this stands out as some incredible heat, it’s pretty typical for this year.

So far in 2012 in the US, January was the 4th warmest, March was the warmest on record, April was the 3rd warmest and May was the 2nd warmest.

In fact, the National Climatic Data Centre (NCDC) says that the last 12 months, dating back to August of last year, have been the hottest on record.

So what is the real impact of all of this?

In addition, just yesterday the US government slashed its expectations for corn and soybean production for the second time in as many months.  The US Department of Agriculture says that this year’s corn yield could be the lowest in more than 15 years as the heat and drought march on.

July’s drought data put nearly 63% of the US in moderate to exceptional drought.

By WeatherWatch Analyst Howard Joseph with contributions from The Weather Channel

Would US weather-info sites post info about countries outside of North America?

Just a curiousity. In my experience of traveling the US, I would not imagine so.

Speaking about media in general, back in the 1970’s and 1980’s you wouldn’t see that type of coverage as much.  But that has changed a lot.  Especially since now news organisations can cover so much more news.  TV, Radio and now the web.  The depth and range of stories has exploded.

This is especially true when the weather in a different country effects events in the US.  The reverse is especially true.  The US is the world’s largest provider of corn.  The devistating effects of the historic heat wave and drought in the US has had a tremendous effect on world food prices…and will continue to do so.

Also, you will find that most websites don’t confine themselves to the country they are based in.  They certainly will focus on their home country.  But the internet has removed the barriers to covering international weather.

You can check US-based websites yourself if you wish.  Here’s just a few of them

I actually think the US has become more insular since 9/11 re international news (incl weather). Certainly my numerous US friends and relatives tell me so. International ‘anything’ is seldom covered in US school cirriculum. In fact, mostly people just stick to knowing about their State. Breaking down barriers is great, but I am not sure if it’s a reality.

i am fascinated by cross-cultural communication.

However, I can’t agree with you.

When I was growing up in the US in the 1970’s, world social studies was very common.  It was the era of the Vietnam War, the Cold War, etc.  I must admit I don’t really know what it is like today.

The US doesn’t even have an offical language.  Sure, there are always attempts to make English the official language but it hasn’t worked.  In fact, you will now notice bi-lingual (English and Spanish) lables on many pre-packaged food items made in the US.  That was not very common, even just 10 years ago.

I think that cross-cultural communication and an awareness and desire to learn more about the world outside the US has only increased since I’ve been old enough to be aware of stuff like that (say the last 35 years or so).  That has been especially true in the last 10 years.

There will always be people who take a more isolationist stance.  Especially since 9/11.  But I don’t think that view has won out.  If it had, Barack Obama would not have been elected in 2008.