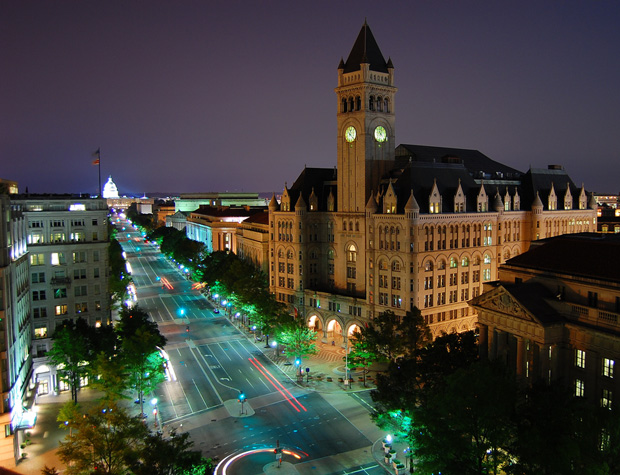 The Europeans got it right again. The big snow storm predicted to hit Washington, D.C., last weekend—up to 25cm, American forecasters said—never materialized. It was too warm, as European predictors had expected, for snow to accumulate in the nation’s capital, which mostly saw rain, even as some suburbs got 15cm or more of the heavy, wet white stuff.

It was yet another example of the shortcomings of the U.S. weather prediction system, said Cliff Mass, professor of atmospheric science at the University of Washington in Seattle. Compared to the European Centre for Medium Range Weather Forecasting, he said, the U.S. National Weather Service is falling further and further behind.

On your weather blog, you’ve described weather prediction in the U.S. as “second rate.” Why do you think the European Centre tends to be more accurate?

Several reasons. One is that they have ten times more computer power than we do, which allows them to run their weather prediction model at a higher resolution than ours, roughly twice the resolution. Imagine a three-dimensional grid covering the atmosphere. They are able to define things much better—structures in the atmosphere and physical processes—because they’re using a finer grid.

Can you give an example of the European model outperforming U.S. models?

I could give you lots of them. The most famous was Hurricane Sandy. The European Centre predicted that the storm would swing toward the East Coast two days before the American model predicted it. That’s a pretty significant difference.

What would it take for the U.S. to have a model as good as the European one?

It would be very easy and it’s outrageous it hasn’t been done. We need more computer power for the National Weather Service. One way to do that would be to repurpose one of the supercomputers that NOAA uses for climate change research. Another would be to buy a new system. Why not use some of the $50 billion from the Hurricane Sandy relief bill?

In the meantime, why don’t we just use the European Centre’s model to predict our weather?

The National Weather Service already has access to it, but the European Centre is only doing global predictions. They won’t do high resolution predictions for the U.S. Our problem is that we have inferior regional and local forecasting because we don’t have the resources in place.

In any event, the European Centre is not the best you can do. I’m convinced we could do far better. Weather prediction was invented in the U.S. We should be able to do far better. But we can’t do that if we don’t have the computer power.

Any idea how budget cuts from the sequester will affect U.S. weather prediction?

The weather service was already starved for funds. It’s in profound trouble. This is just going to push them over.

Life and death at stake with a failing weather system in US. Not good.