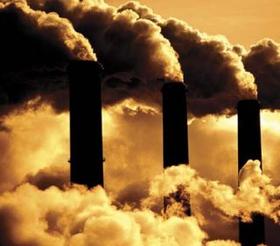 US – Carbon dioxide levels in the atmosphere have surpassed 400 parts-per-million, the US federal government announced, an amount that may be the highest in several million years.

The National Oceanic and Atmospheric Administration (NOAA) reported that May 9 measurements at its Mauna Loa Observatory in Hawaii showed the daily average concentration surpassing 400 parts-per-million for the first time since measurements there began in 1958.

There’s far more CO2 in the air now than there has been during the past 800,000 years, according to NOAA.
And carbon concentrations may not have been this high since the Pliocene era about three million to five million years ago, according to the Scripps Institution of Oceanography and other reports.
NOAA also noted that the rate of increase has been speeding up for decades, going from about 0.7 parts-per-million annually in the late 1950s to 2.1 parts-per-million over the past decade.

“The evidence is conclusive that the strong growth of global CO2 emissions from the burning of coal, oil and natural gas is driving the acceleration,” said NOAA senior scientist Pieter Tans, who is with the agency’s Colorado-based Earth System Research Laboratory.
Climate activists call the round number reached this week an important reminder of rising greenhouse gas concentrations that they say are a major threat to humans.

He called for “sustained commitments” to curb emissions and increase availability of renewable energy, and integrating of “climate-smart” technology and planning into conservation work.

“The profound change humans are causing requires us to shift the way we approach protecting and conserving nature, taking into account what our planet will look like in 50 or 100 years; not what it looked like 50 or 100 years ago,” he said.

According to NOAA, pre-industrial revolution levels of CO2 were roughly 280 parts-per-million.

“During the last 800,000 years, CO2 fluctuated between about 180 ppm during ice ages and 280 ppm during interglacial warm periods. Today’s rate of increase is more than 100 times faster than the increase that occurred when the last ice age ended,” NOAA said.

Al Gore, in a blog posted last week, sought to use the milestone as a rallying point, noting the world’s food systems, cities, people, “and our very way of life developed within a stable range of climatic conditions on Earth.