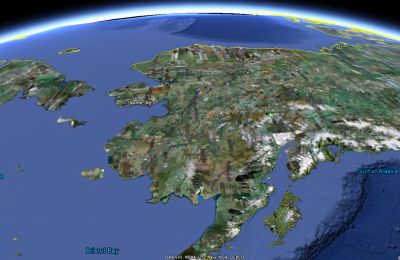 The fuel is flowing through 1,200 yards of hoses from the tanker Renda – anchored amid the Bering Sea ice off the coast of the town of 3,500 – to a fuel transfer station on shore.

The transfer began at 5:06 p.m. local time Monday and is expected to last several days, the Coast Guard said in a news release.

Nome Mayor Denise Michels, along with Coast Guard safety inspectors, walked along the fuel hoses before the transfer began to be sure they were sound.

The tanker arrived off Nome on Saturday night after being escorted through almost 300 miles of Arctic ice by the Coast Guard cutter Healy, the service’s only operating Arctic icebreaker.

A company in Nome contracted the Renda to deliver the fuel after ice formed over the Bering Sea following a ferocious November storm that prevented the last delivery of the season via barge.

The town has enough fuel to last until about March, but the delivery was attempted now because it would have been more difficult then, said Coast Guard Capt. Craig Lloyd, who is coordinating the mission.

Officials considered flying in fuel, but it would have taken more than 300 flights, each carrying 4,000 to 5,000 gallons, to meet the town’s needs, said Jason Evans, chairman of Sitnasuak Native Corp.

The voyage is the first-ever attempt to supply fuel to an Arctic Alaska settlement through sea ice.