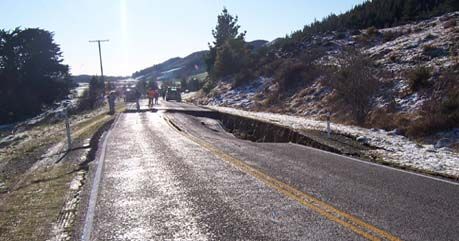 State Highway 74 between Breezes Road and Metro Place is closed due to a broken sewage pipe.

Single lane access is expected to be restored tomorrow morning.

To the north of the city the Chaney’s Road on-ramp on to State Highway 1 remains closed.

West of the city State Highway 77 has reopened with a two kilometre detour from Glentunnel to Glenroy.

All major bridges and the Lyttelton tunnel have been assessed and given the all clear.

Highway operations manager Peter Connors says further analysis of bridges and other structures will continue on the state highway network throughout the week.