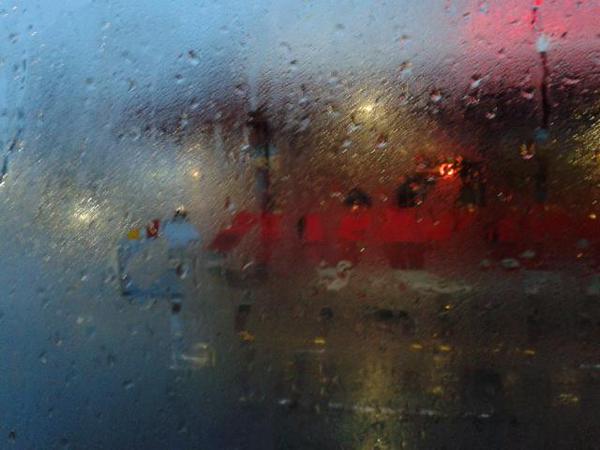 Updated 6:45pm — Heavy snow flurries were affecting parts of Otago and Canterbury, down to about 300 or 400 metres this afternoon.  Heavy snow fell in Wanaka, while WeatherWatch.co.nz’s weather analyst Aaron Wilkinson was reporting snow falling as far north as inland mid-Canterbury.

WeatherWatch.co.nz forecast earlier today that snow in Canterbury was looking slightly lower than it was looking a day or so ago, now it’s already falling in places closest to the Southern Alps.

Callum Jones sent us through this picture, with the caption “Mayfield currently as at 1:20pm”

Further down to sea level and snow falls as rain – this means there will be a sleety snow/rain mix between 200m and 400m later today in both Canterbury and Otago and likely Southland and Fiordland.

Meanwhile heavy rain is falling at sea level in parts of Canterbury and Otago. “I’m in South Canterbury (Timaru area) no snow but heavy rain and winds” says Twitter user @madan24 on the @WeatherWatchNZ Twitter wall. He posted photos of surface flooding on the street. 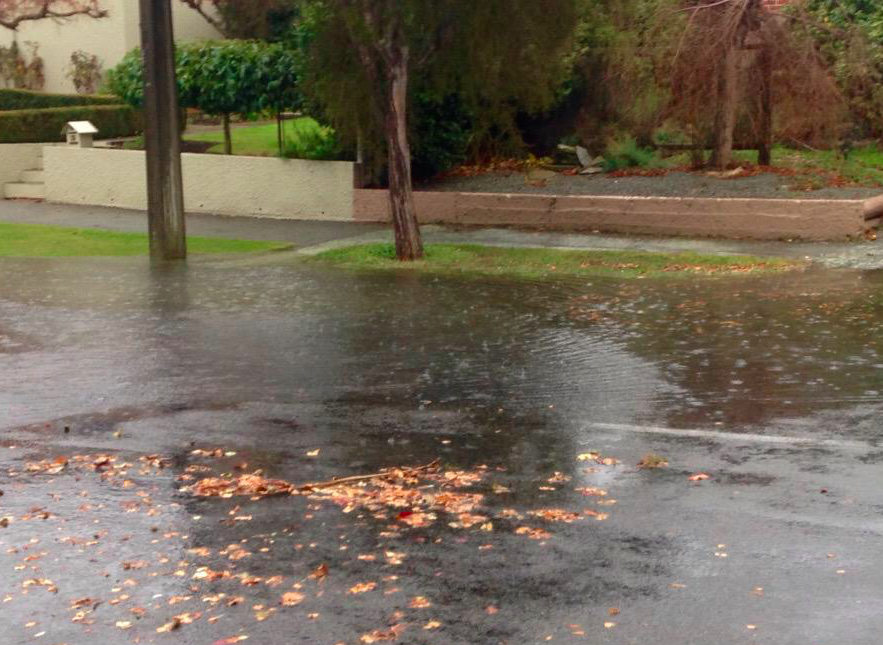 On the opposite side, the West Coast rain has very heavy in places also.  West Coaster David Craze says it’s been heavily raining all morning. “40mm of rain since 07.00hrs. River is also getting higher”.

Rain is falling as snow at higher altitudes.

@Guycg77 I would wear stubbies but it is bloody freezing pic.twitter.com/5tmQ2pbOKB

Hyde, an inland community in Otago south west of Oamaru, has rain falling at the moment @wirehuntphoto tells us on Twitter.  “280 metres above sea level – Snow would be another 100+ metres from here” says @wirehuntphoto.

Overnight snow levels may drop even further – WeatherWatch.co.nz says the coastal elements and big ranges of the South Island make snow forecasting tricky, so we’ll continue to monitor and update into this evening.

Areas further south are also in for snow at different stages on Thursday, while northwest winds from North Canterbury northwards will gust strong – gales possible at times – as far up as the lower North Island, before easing in the afternoon.

The West Coast of the South Island is in for torrential falls too, while Fiordland is looking windy as well as wet.

DETAILED FORECASTS
For those in Dunedin and Christchurch and nearby towns please check out WeatherWatch.co.nz’s Detailed Forecasts: