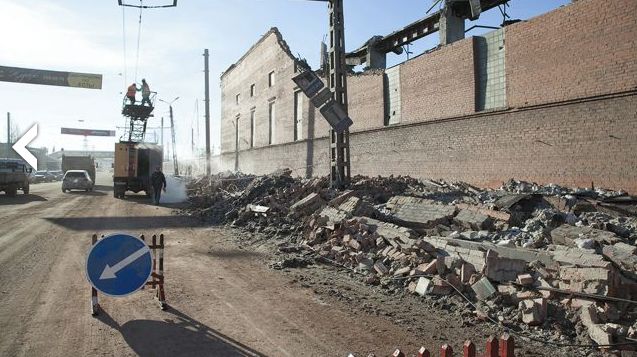 Early this morning New Zealand time, Asteroid 2012 DA14 has made its closest approach to Earth, at about 17,200 miles above the planet’s surface.  That’s according the US space agency NASA.

Meanwhile, the number of injured continues to rise in Russia.

A meteor streaked through the skies above Russia’s Urals region Friday morning, before exploding with a flash and boom that shattered glass in buildings and left about 1,000 people hurt, state media said.

As of late afternoon local time, the Interior Ministry said about 1,000 people had been hurt, including more than 200 children, the state-run RIA Novosti news agency said.

Most of those hurt are in the Chelyabinsk region, the news agency said. The vast majority of injuries are not thought to be serious.
About 3,000 buildings have sustained damage — mostly broken glass — as a result of the shock waves caused by the blast, the news agency reported.
Vladimir Stepanov, of the National Center for Emergency Situations at the Russian Interior Ministry, earlier told state media that hospitals, kindergartens and schools were among those affected.
About 20,000 emergency response workers have been mobilized, RIA Novosti reported.
Amateur video footage showed a bright white streak moving rapidly across the sky, before exploding with an even brighter flash and a deafening bang.
The explosion occurred about 9:20 a.m. local time.
Homepage image/ CNN
Story by CNN

Gosh the video footage was good. Hearing the boom was a surprise and glass noises in background.