Update on the snow, rain & wind and cold weather for Fri/Sat (+7 Maps) 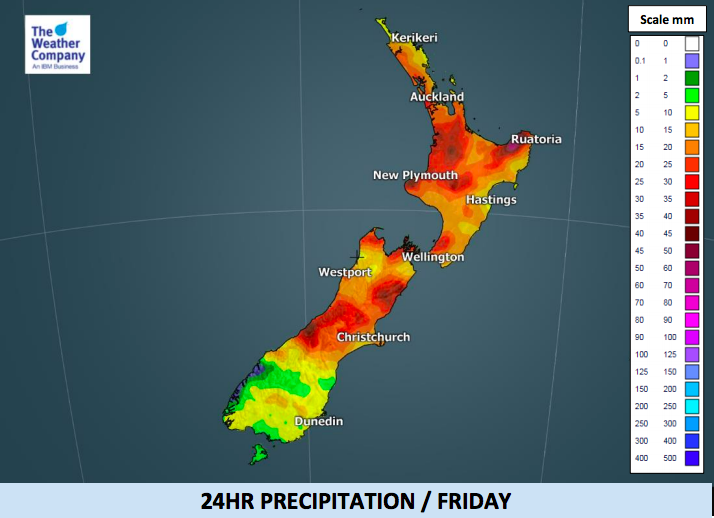 A significant cold blast is heading northwards bringing winter weather conditions to the lower South Island with snow flurries down to about 250m and wintry rain showers. Snow has fallen in Queenstown and rain is falling across a large portion of Canterbury, a region which is drier than average right now.

Heavy showers have also been crossing the North Island, affecting many regions which are drier than average. More showers are coming today and on Saturday morning, some heavy.

Snow moves into the North Island later today with some flurries down to just 400m but these flurries will not likely settle, but may impact SH2 from Wellington to Wairarapa, SH5 from Napier to Taupo and SH1 the Desert Road for a time tonight.

The southerly change is today moving up the South Island and will later today and tonight/early Saturday move over the North Island.

Milder winds return for many places by Sunday and Monday but frosts are possible inland and higher up in both islands this weekend. 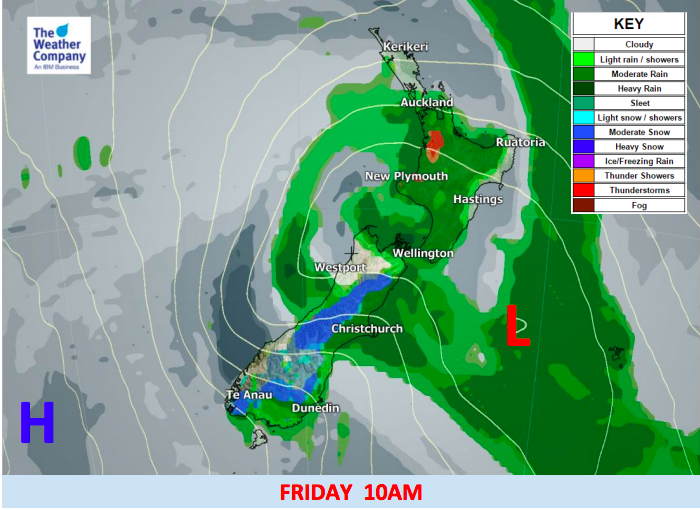 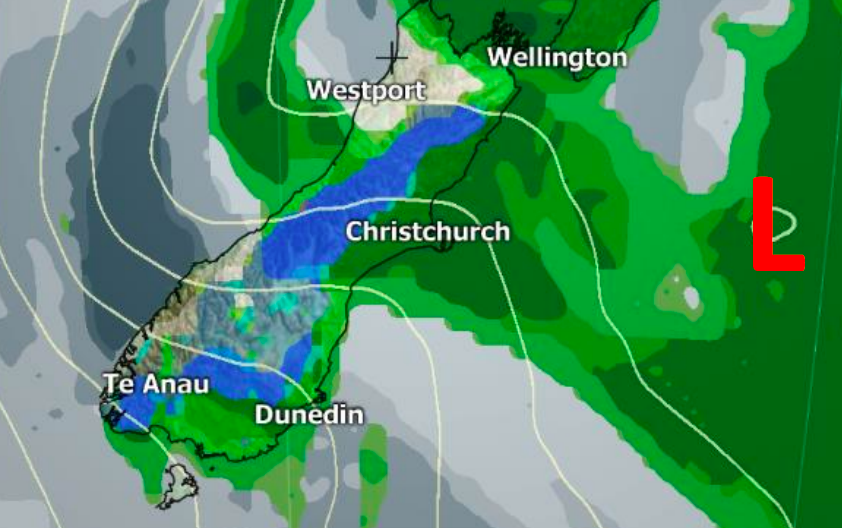 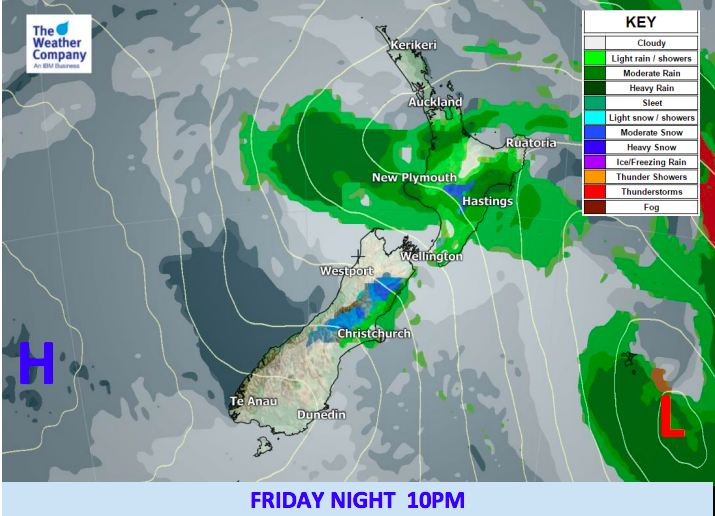 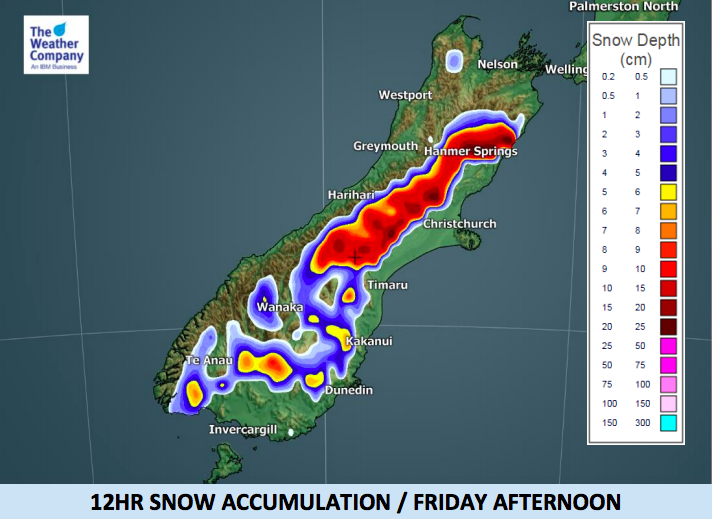 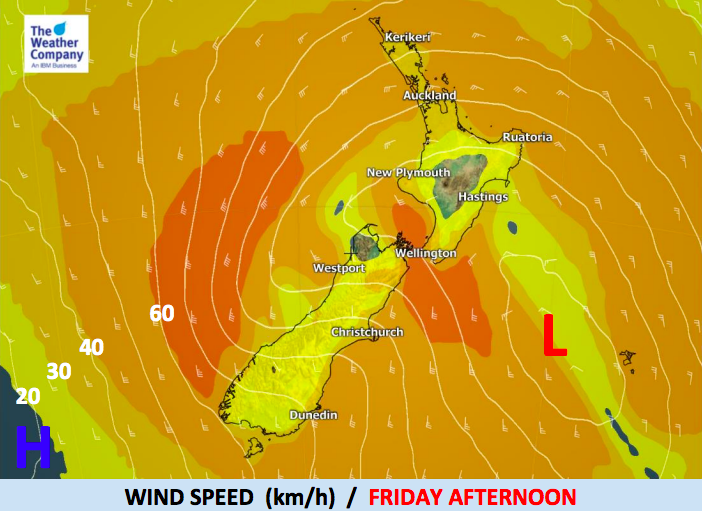 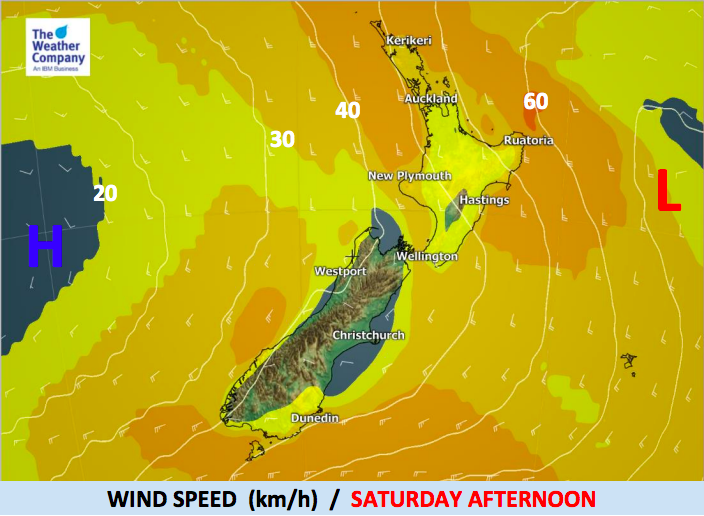 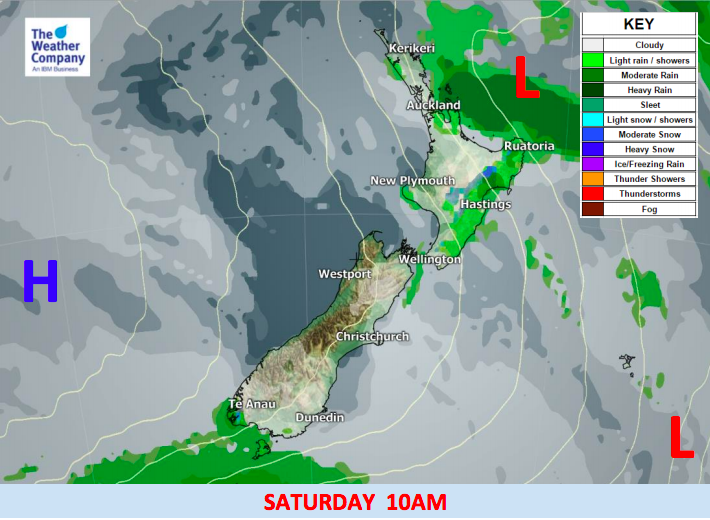