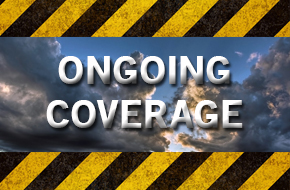 A fourth fruit fly has been discovered in Auckland, the Minister for Primary Industries has confirmed.

“We found out late last night that they caught a single male in a trap,” he said. “This is to be expected.

“We’re dealing with a very small localised population in the Grey Lynn area.

“We’ve stepped up a very fast and efficient response – it’s up to about 200 people working on the response there now – and I wish to thank all the people of Grey Lynn for their patience as we work through this response.”

Mr Guy said because more than one fly had now been found, the exclusion zone and restrictions currently in place around the Grey Lynn area would remain for longer than the two weeks initially anticipated.

“It could take us a couple of months,” he said.

New Zealand’s trading partners “have been alerted”, he said.

“We haven’t experienced any negative reaction from them, which is positive.

“Government industry agreements mean that two of the industry bodies are sitting around the table – that’s Kiwifruit and Pipfruit – with MPI officials working on this response.

“By and large, what I’ve seen – I had a good look around on the weekend when I was up – this is a good response, we’re cracking into gear with baiting and some spraying of localised trees where there has been a find and some turf management, because you’ll be aware that the life-cycle of these Queensland fruit fly means that they need to pupate in the ground.”

It was better the fruit fly had been found in an urban residential area, as opposed to a rural area, as there were no exporters working out of Grey Lynn, he said.

“Official advice to me is that there is no-one exporting out of this area, so that’s a small positive, I guess,” he said.

“On the other side of things, it means we have to deal with a lot of residents, and that means we really appreciate their patience because they will be experiencing biosecurity officers knocking on their door and doing all of the trapping and evaluation that they need to do on these individual properties.”

The focus was on making sure the insect does not establish a population in New Zealand, Mr Guy said, denying the threat to the horticulture industry was over-hyped.

“We wouldn’t want to have an established population in New Zealand, we’ve never had that,” he told NewstalkZB.

“What gives me a lot of confidence [is] in 1996 we had the Mediterranean fly here and there was a population. We worked very hard to stamp that out, and did that over a couple of months, so I’m reassured by that fact.

“We’ve got people who worked on that 1996 response that are now working on this one, so we’ve got a lot of experience, we will stamp this out with the public’s support.

“It’s hugely important that we keep our trade going. Some of the countries that we do have trade with have Queensland fruit fly, obviously Australia, but we want to work hard to maintain our status as being free from this dreadful pest.”

Mr Guy also denied that reinstating mandatory x-ray screening of luggage from all passengers coming off international flights would prevent the fruit fly from entering the country, saying it was “too difficult to confirm” how the pest arrived in Grey Lynn.

“We’re putting all of our resources into high risk, there will be more people going through the x-ray from Australia,” he said. “We’re putting 100 per cent dog detector screening in place.

“The dogs are the best actually, they can pick up any host material in your bag, in your pocket. So people will experience a queue at our international airports, which is unfortunate, but it just goes to show how seriously we’re treating this event.”

MPI also confirmed the find in a statement released on its website this morning.

The fourth fruit fly was believed to be part of the same localised population as previous detections, the Ministry said. It was found inside the existing controlled area.

“We have been expecting to find more flies, so the latest detection is no surprise, and confirms that the trapping systems continues to be successful,” MPI chief operations officer Andrew Coleman said.

“The find was close to the original detections, so we believe the fly is likely to be part of the same population.”

So far MPI has found three male fruit flies in traps, and a single unmated female was located at a residential property on Friday. One pupa and 39 larvae have also been found.

More than 180 MPI staff were working in the field on the response effort, the Ministry said, which included the use of movement controls, traps, public awareness and treatment.

Stricter controls had also been placed at New Zealand’s borders.

During the weekend, ground staff laid bait in Zone A of the controlled area. Bait would be laid in the rest of the exclusion zone today, MPI said.

Ground-based spraying had also been completed under the fruiting trees where positive finds were made.

“We continue to appreciate the outstanding public support we have received for our movement controls,” Mr Coleman said.

“We have every confidence that our measures will effectively eradicate this population.”