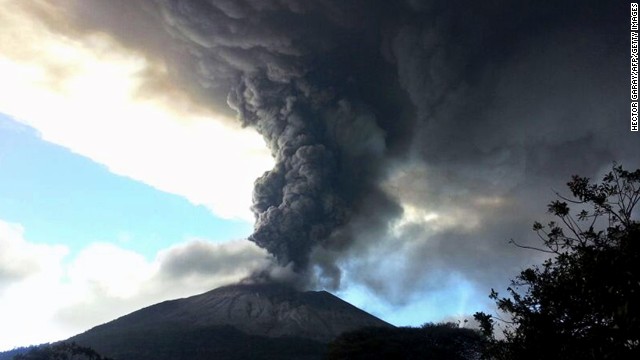 El Salvador’s Chaparrastique volcano erupted Sunday, sending a dark cloud of ash miles into the sky, forcing thousands to evacuate from their homes and snarling travel in the Central American country as airlines canceled flights.

“We are not certain there will be new eruptions, but we can’t rule out that possibility either,” President Mauricio Funes said in a televised address urging residents near the volcano in the department of San Miguel to leave their homes and head to shelters.

According to the Ministry of Environment and Natural Resources, the eruption began at 10:30 a.m. and produced a column of gas and ash approximately 5 kilometers (3.1 miles) high.

Authorities warned residents not to approach the area near the volcano, which is located in eastern El Salvador.

The international airport in San Salvador, the capital, redirected some flights to other airports, including in Guatemala, to avoid the ash.

This is the first eruption of Chaparrastique in 37 years.