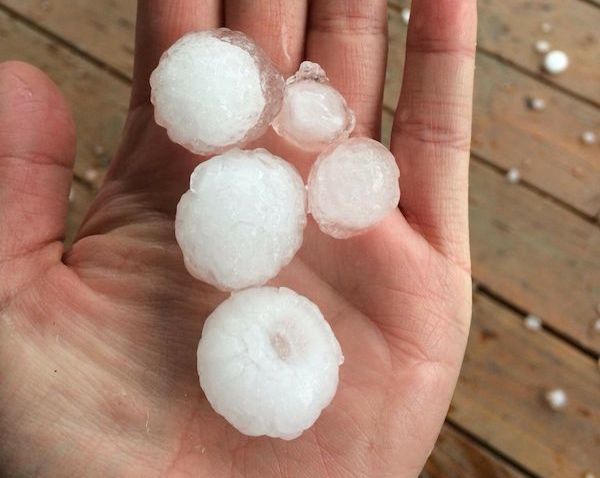 UPDATE: 4:00PM – This storm has brought some large hail to Leeston and is now moving eastwards over Banks Peninsula then eventually offshore. Christchurch looks to miss out this time around.

Here’s a photo of large hail that moved through Leeston from Lisa Parlane shared to the weatherwatch.co.nz facebook page. Thanks Lisa! 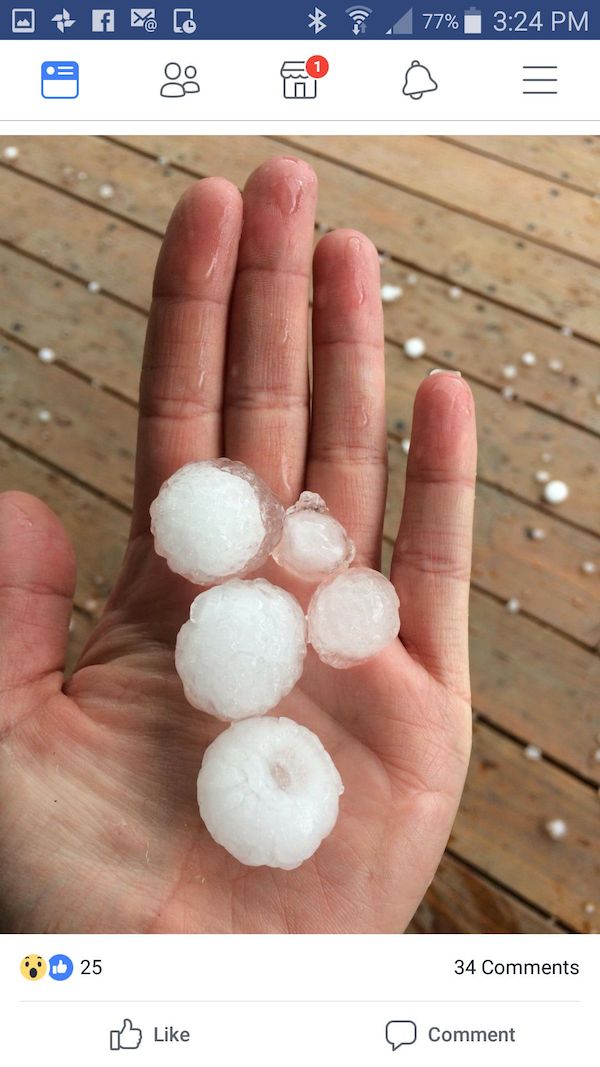 And another photo here from stormchaser Stephen Burrows who is currently looking down into Lyttleton Harbour from up on the summit road. Storm currently drifting over / near Mt Herbert. 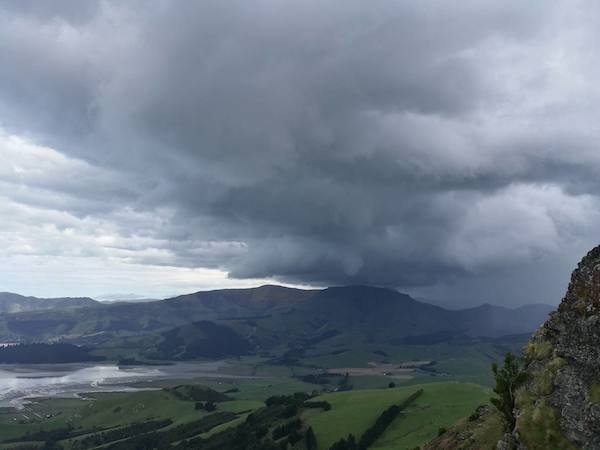 End of update for now unless more news comes in – 4:05pm.

Some sun and heating as allowed a thunderstorm to develop over the Canterbury Plains this afternoon, currently it’s only very isolated so the majority of people out there won’t feel it’s affects unless other storms happen. None the less thunderstorms where ever they occur are exciting or possibly terrifying. Any storm activity will likely stay Banks Peninsula southwards today and are drifting eastwards offshore.

Reports of hail and heavy rain have come in with this storm. It is now affecting Leeston with what looks like heavy rain and decent sized hail on radar. It will soon drift over Lake Ellesmere then offshore.

Stormchaser Stephen Burrows of stormchasers.co.nz is on the case, you can catch up with reports through facebook at https://www.facebook.com/nzstormchasers/ 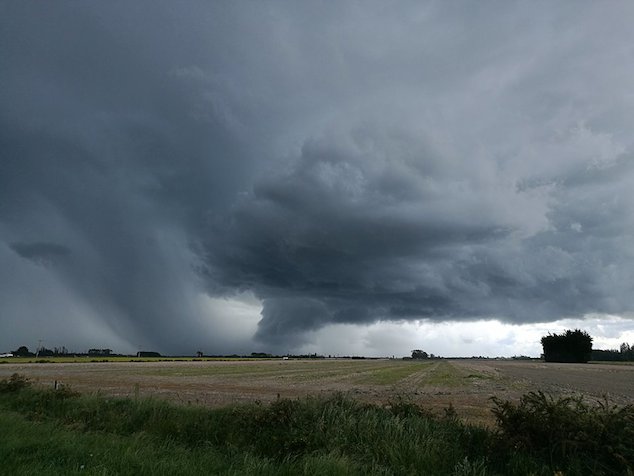