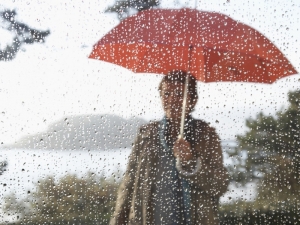 Auckland started off the week in spectacular fashion under clear blue skies but since then it’s been patchy at best and one of the wettest weeks in quite a few months.

The northern city isn’t alone as parts of Northland have also had their fair share and thunderstorms have rattled off and on over both provinces.

It appears it’s not all quite over yet with another round due today. An incoming front is already approaching western and northern parts of the North Island.

“Today though appears the last ordinary sort of day for Auckland weatherwise as the weekend brightens up and early next week some sunshine will remain in the picture”says weather analyst Richard Green.
“Much of the country is in for a sunny weekend but some showers from Gisborne to Masterton tomorrow might take a bit of time to disappear”.

WeatherWatch sees frosts returning for many areas tomorrow morning and on Sunday for central and southern areas and a light one could pop up further north once the current frontal system moves away.

Last night the front moved in over the south delivering rain and a biting southerly for many areas from Invercargill up to Christchurch and although conditions are improving overhead for some areas it’s still cold, especially in the wind.

Sunniest conditions today are likely to be over western and inland areas of the lower half of the South Island however tonight icy patches could appear on roads that remain damp from the outgoing southerly.