Unsettled and cold for Monday 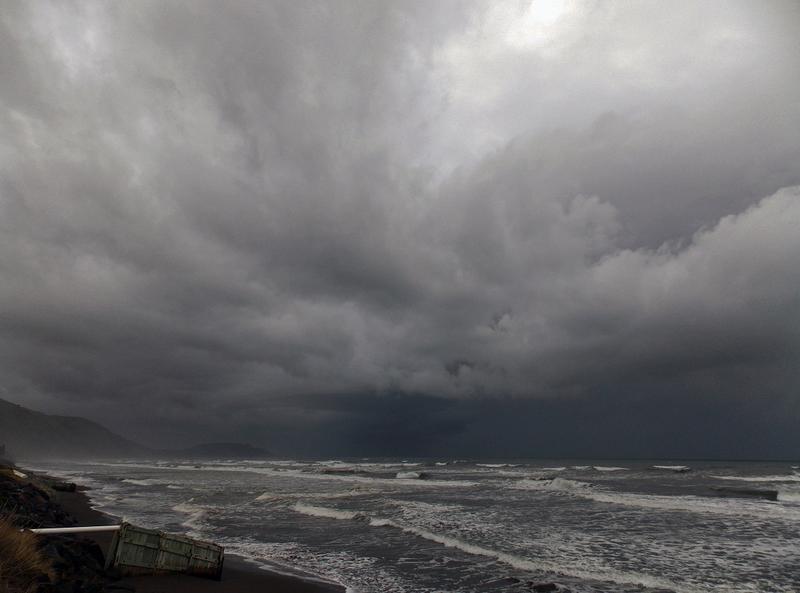 Monday is not looking very flash, certainly unsettled with a strong southwesterly airflow over the country and showers for many regions. Temperatures will be down for many and some snow will be in the mix too. This cold air doesnâ€™t hang round for too long which is some relief to farmers and most of us, although skiers will be thanking the weather gods. Warmer temperatures move in particularly in the east as soon as Tuesday.

The set up is a low to the east of New Zealand drags up cold air from the south, a front clears the North Island in the morning then a trough of even colder air moves through during the rest of the day.

For the upper North Island expect some morning rain then easing to showers with gusty westerlies tending strong
southwest by midday, exposed areas especially in the west could see gales in the afternoon. Showers mostly clearing by evening with winds then easing.

Strong south to southwesterly winds develop early on for the lower North Island bringing rain or showers, hail possible too. Conditions finally easing late afternoon with remaining showers mostly clearing in the west
during the evening then overnight elsewhere.

Winds will reach gale force in many exposed places like coastal areas, Wellington has a high risk of
southerly gales for much of the day finally easing around midnight. Snow flurries are likely too, reaching 700m in the morning then lowering to 400m in the evening. There is a chance flurries may even reach 300m for a time in the evening but they are likely to only be light and will most likely not settle.

For the upper South Island, morning showers with a few snow flurries to 600m north of Greymouth in the west and about Nelson / Marlborough clear then sunny areas increase. Temperatures will be cool though with southerly winds.

About Canterbury expect showers with some hail and snow flurries to 300m, easing afternoon then clearing by evening. Strong cold southwesterlies, winds may gust to gale force at times especially near the coast then easing as dusk approaches. As one could expect it will be a fairly cold day, highâ€™s in Christchurch only getting to 7 or 8 degrees.

Showers with a risk of hail and snow flurries to low levels (100 to 200m) clear Southland and Otago around midday, sunny areas break through in the afternoon with cold southwesterlies dying out in the evening. And yes, it will be a cold day so wrap up warm.

Fiordland and much of South Westland will be the stand out, mainly sunny conditions with brisk southerlies at first then easing during the afternoon. Temperatures getting into the low to mid teens.