Unseasonable warmth as May “heatwave” arrives 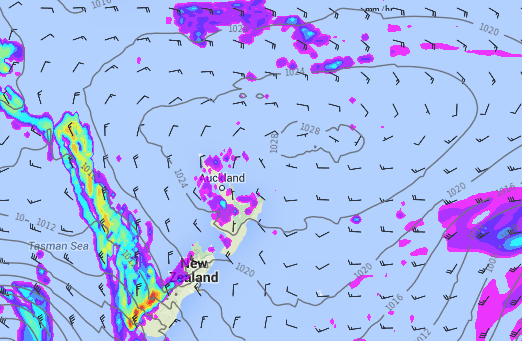 For many parts of New Zealand, the average daytime high in May is in the mid to late teens. This week we’ll be mainly in the low to mid-20s as sub-tropical air tumbles down across the country.

For the next 10 days, warmer than average weather with record-challenging daytime highs will spread across many eastern and northern areas.

The further south you head, the cooler it may be – but it’s still likely to be warmer than average in Southland and Otago at times in the next week. Parts of Otago on Wednesday will reach the low to mid-20s while Canterbury may reach 25 on Wednesday.

The Upper North Island and eastern sides of both islands look to be warmest.

Northern New Zealand has many days with highs between 21 and 24 degrees for the next 10 days – and this will certainly be challenging the record books.

Head weather analyst Philip Duncan says warm spells in Autumn are normal, but not as warm or as long as this one. “Due to high pressure to our northeast, it’s helping scoop up sub-tropical air then pull it down over the country. WeatherWatch.co.nz believes the warm weather may last right up until May 10th with warmer than average weather potentially extending into the third week of May for some areas as windy, warm westerlies continue after the sub-tropical airflow eases”.

While some may call it a “heatwave”, which means ‘a prolonged period of abnormally hot weather’, many might push back and say highs in the low to mid-20s isn’t “hot”.  However, either way, it’s a significant warm spell for May in New Zealand.