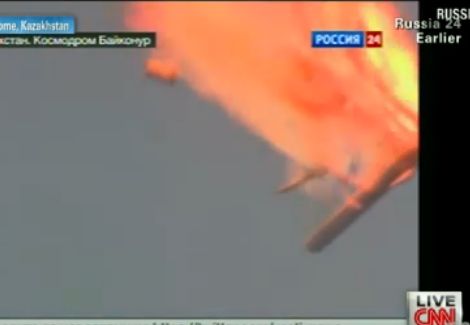 An unmanned Russian rocket veered off course and exploded in a fireball, seconds after liftoff from a launch pad in Kazakhstan.

There were no immediate reports of casualties.

Glonass is the Russian equivalent to the United States’ Global Positioning System, or GPS.

The rocket had just taken off from the Baikonur space center, in a launch broadcast live on television.

Seconds later, it changed course, burst into flames and dove nose-first into the ground.

In 2010, another Proton-M rocket carrying three satellites crashed in the Pacific Ocean.

Authorities have suspended further launches of the rockets as they investigate what caused the explosion.