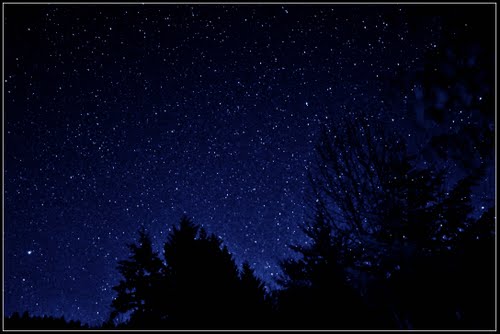 Several West Coast residents have claimed to have seen strange and unexplained lights in the night sky over the past week.

Last Saturday night, Russell Adams was cutting his grass when he saw the lights in the general direction of the aerodrome. He grabbed his wife, and his camera to capture them.Since then another sighting has been reported.

In each instance the aero club has said there were no aircraft flying at the time.

Mr Adams said he saw four lights over about 10 minutes and early yesterday, Shakespeare St man Robert Caldana saw a light through his laundry window about 2.20am.

It was towards the sea in the direction of South Beach.

His wife Linda also witnessed the event saying it was different from satellites and shooting stars, changing colour, and apparently hovering. Her husband saw it red, but when she looked it was green and blue.

A third woman, Conna Katie Cameron, posted on a public Facebook page that she saw a UFO on the coast road near Charleson and Fox River about 1am on Wednesday.

Someone suggested it was a police Iroquois helicopter doing an annual drug sweep, but she said she did not hear any engine noise.

Sergeant Russell Glue, who ran the operation, confirmed today the Iroquois was not in the air after dark.

It has also been suggested the lights were reflections from squid boats bouncing off the clouds, but the Caldanas said this did not match what they saw. Squid boats use bright lights to attract the squid.

Hokitika airport also confirmed today it was not aware of any night flights.

If you’re in the area have you noticed anything unusual?

my partner came home and had a bunch of photos from the sunset, one in particular had a weird item in the photo, asked him what is that, he zoomed in on the image and we cant make out what it is, but it isnt any sort of aircraft. was white long with a wee bump to it on the top too blurry to see its exact features but seemed to be highlighted but the setting sun. this was about a week ago. If i can find the photo ill pass it on, but may have deleted it as a dud photo to hold onto not thinking much of it, we joked it was a ufo, as technically it was.

They say a lack of water can make a person delirious. Is this the first sign of Coasters going slightly mad?

They’ll be man made satellites orbiting above the earth disappearing into earths shadow at times.