UK: Will Spring ever come? 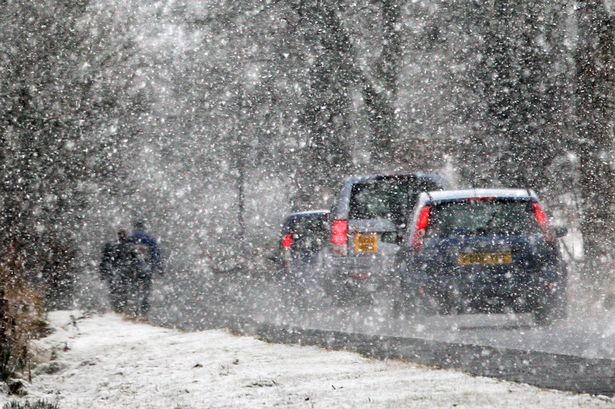 Hello and a very warm (and when I say warm, I mean frosty cold) welcome. So then, as I finished writing last time we were just entering the next phase of cold here in the UK in the winter that just doesn’t seem to want to disappear in a hurry – as I write to you now, snow is falling out of the window in front of me, and its looking more like a christmas card scene than the run up to Easter!

More on that shortly, but lets go back to the start of this week.

The general setup for the UK was a huge high pressure system just to the North encompassing the Arctic Circle, Greenland, and Scandinavia, with low pressure across and slightly to the South of the UK. In the Northern Hemisphere, winds circle clockwise around an area of high pressure, and anti-clockwise around low pressure. This left the UK under an Easterly flow, straight off of an unusually cold (for the time of year, at least) European continent.

A small disturbance in the low pressure system just off the East coast of Scotland, in combination with an exceptionally cold pool of upper air (for any time of the year that is, never mind March), allowed the formation of frequent and heavy snow showers over the North Sea, being pushed inland across Scotland and North-East England on a bitterly cold Easterly wind.

This was the general story for these parts from Sunday evening, right through until Wednesday. Indeed, as the showers merged to form a constant spell of snow, some areas recorded 72-96 hours of continuous snowfall, though generally accumulations to lower levels were tempered somewhat by melting during the day given the stronger influence of the sun at this time of year. Even so, around 5-15cms of snow was recorded generally, with about twice as much over the highest ground.

Elsewhere things were much quieter, with some decent spells of sunshine on offer. However, the question I have been asked all week long is would things warm up at all anytime soon?

The news they were greeted with did not go down particularly well, as I duly informed them of an incoming winter storm. We had been monitoring the potential for this to occur since last weekend, and through the week it became increasingly clear that milder air from the Atlantic ocean was going to collide with the cold air in place across the UK…and it was pretty apparent that the cold air was going to win out.

The result is that as heavy rain moved in to the South-West of England on Thursday evening (and really rather heavy rain too – some 100mm of rain causing rivers to burst their banks in parts of Cornwall in the far South-West corner of England), it met the colder air across North Wales, The Midlands, Northern England, Southern Scotland and Northern Ireland. In these parts, snow fell for much of Friday and right through into Saturday morning.

The totals projected by forecast models were around 20-40cms of snow in these areas, but the problem in measuring this in reality has been the strong Easterly winds, creating huge drifts of snow (there were cars trapped on higher ground in Cumbria, NW England, overnight on Friday in drifts of snow(5-6 metres deep).
So far, unofficial reports of around 30cms have come in from around the Liverpool area.
During the remainder of Saturday the snow is expected to slowly start to fade away, but it has now moved further South and East.

Anyway, it’s still snowing here as I sit 50km north of London (has been since the early hours of this morning, though it has partially melted through the day) around 5-6cms has fallen here so far, and it looks like coming for at least the next few hours still yet
Hope you guys are a bit warmer – 0.1c here now, a high today of 0.8 brrrr!