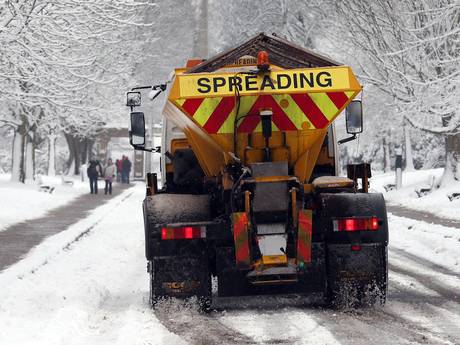 Conditions are bitterly cold and may have eased overhead for now but Easter could see snowy conditions return.

Many roads across Britain remain impassable and thousands of homes are still without power after heavy snow and blizzard conditions deluged the UK over the weekend.

Authorities have warned drivers and pedestrians to be aware of the possibility of black ice during the morning commute.

Forecasters have also warned that there is no immediate end to the icy conditions in sight with the cold weather and snow expected to last into the weekend. Despite an end to the heavy snow, forecasters say the severe weather could return on Good Friday. The current forecast suggests that Britain could experience its first white Easter in five years.

But despite the continuing disruption forecasters have said the weather pattern bringing icy conditions to the UK could next month provide the country with higher-than-average temperatures – with some reports claiming Britain could be hit by a heatwave towards the end of Spring.

Spring at the moment however seems a long way off and daffodils and blossom aren’t blossoming or blooming at all as winter has yet to let go of its icy grip.