UK – Week of almost everything 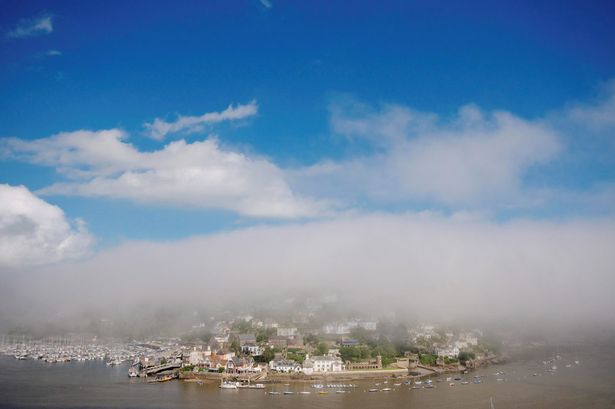 Kris Surtees, our UK coresspondent, gives us the rundown on the weather as the UK edges closer to summer.

A bit of a lively week this week weather wise in the UK, and one that has seemingly been designed to catch forecasters out wherever possible. Rain, Wind, Snow, Thunder, Sunshine and some odd cloud formations all playing their part in a busy meteorological week that just keeps on giving!

It all started rather more peacefully, with some showers across the Northern half of the UK, but a weak ridge of high pressure further south keeping things just a little more settled during the day on Monday. This gave way to some gusty winds and heavy rain through the night on Monday and right into Tuesday…and when I say rain…
Snow, yes thats right, snow fell across parts of Scotland, Wales and even South-Western England, with two inches of snow reported in parts of Shropshire, and a covering also reported on Dartmoor, the Cumbrian Fells, and the hills of Wales.
Remarkable – though not completely unheard of (snow in June of 1975 led to the cancellation of cricket matches, for example) – for the middle of May. Elsewhere, heavy rainfall caused issues with localised flooding across South-Western Britain as over a month’s worth of rainfall fell in just 24 hours.

The second half of the working week proved a little quieter at least, though still with no let up in the strange weather phenomena with funnel clouds spotted across parts of Northern England as thundery showers formed across England and Wales in particular.

And even in to this weekend there is no let up in the forecasting nightmares, as torrential rain moves in from the East (a rare occurrence) across Northern England, Scotland and Northern Ireland, with up to 60mm of rain likely for some and the further risk of flooding.

There are just some subtle hints that the weather will settle down and perhaps even offer some extended warmth during the next 10 days or so – something all Brits are hoping for with another bank holiday weekend (no wonder the economy is in disarray!) just around the corner