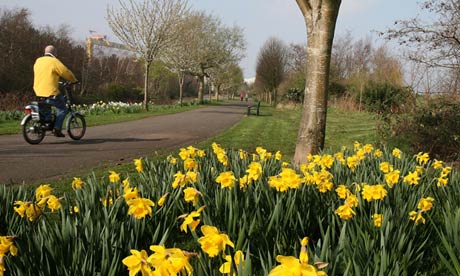 We might be heading for our coolest weekend overall for the year so far whereas parts of the UK are getting quite a taste of sunshine for the long weekend.

Britain will bask in glorious sunshine this holiday weekend – as temperatures match hotspots in the Mediterranean.

For us here in New Zealand we wouldn’t think twice about what they’re likely to get temperature wise this weekend but we need to remember that the UK took more than 7 months to have a reading of 20 degrees or more.

Forecasters say southern parts, including London, will hit 19C on Saturday and Sunday, on a par with Majorca and two degrees hotter than Gibraltar, Madrid and Barcelona.

And the North will be cooler, but still manage to match the heat of 15C to 16C on the French Riviera.

There is a chance of showers, but they would be light and should clear over the weekend.It should see a bright, dry weekend for most places. Temperatures will reach above average for this time of year.It probably won’t be as hot as April 25 when 23C was reccorded in St James’s Park, Central London.That was the hottest day of the year so far, but temperatures of up to 18C or 19C should be reached.

Today might start off wet in the North, but in England and Wales it will be dry and sunny.

It’ll be a change from Easter when the warmest was 9C in Scotland.

Spring bulbs are in bud in my garden. A little out of season.