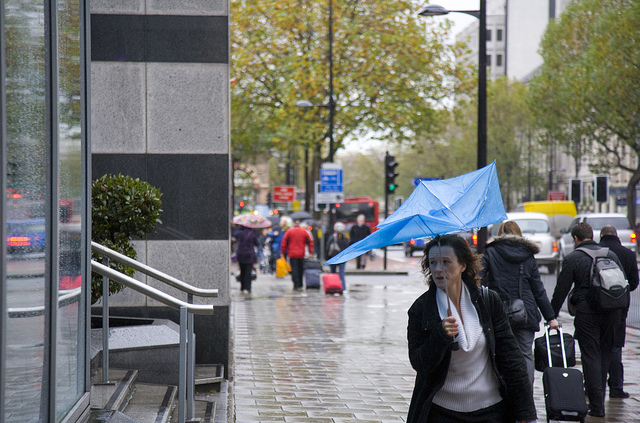 The warning from several water companies came a year after droughts led to a hosepipe ban being introduced across a large swathe of the country.

But the April 5 ban, which left people facing punitive £1,000 fines for watering their gardens, almost seemed to be the catalyst for heavy downpours, which led to widespread flooding and 2012 becoming one of the wettest years on record.

Utilities which introduced the ban last year, affecting 20 million people, said they had seen their stocks well replenished by the heavy rainfall.

But there was a warning that the UK’s unpredictable weather meant that scenarios like the back-to-back dry winters that sparked it could be repeated.
A spokesman for Thames Water, one of the seven firms which introduced restrictions last April, said: ”The past year has been England’s rainiest on record, leaving our natural underground water storage basins brim full and set to sustain river flows throughout the year – a very different picture from last April.

”While water use restrictions this year are highly unlikely, we would ask everyone to continue using water wisely, because we are never more than 18 months of very dry weather away from a drought.”
Last year was a year of massive contrasts, which saw flooding affect parts of England and Wales one in every five days, costing several lives.

But a quarter of the year was spent in drought conditions, according to Environment Agency statistics.
Seven water companies; Thames, Southern Water, South East Water, Anglian Water, Sutton and East Surrey, Veolia Central and Veolia South East brought in hosepipe bans in the spring after the unusually dry winters left some groundwater supplies and rivers as low as in the drought year of 1976.

But the restrictions introduced early in April were followed by record rainfall across the UK for that month and June, with more rain between them in May. Most of the bans were lifted by early summer.
All the companies who had brought in bans reported this week that their stocks had been replenished by the prolonged heavy rainfall, reporting full reservoirs and also healthy levels in their underground aquifers, which take longer to refill.
South East Water echoed Thames Water, saying ”the need to use water wisely continues”.

Lee Dance, its head of water resources and environment, said: ”Last year the reservoirs were at seriously low levels and, with no guarantee of wet weather, we had no option but to introduce temporary water use restrictions.
”We were thankful to our customers who took the drought seriously and made a real effort to save water.”
He added: ”There is one thing we can be sure of and that is that our weather remains unpredictable.
”That is why we are working hard to ensure we secure water supplies by investing in new resources, installing new pipelines to move water around our network and tackling leaks as quickly as possible.”

An Anglian Water spokeswoman said that its water supplies were healthy but it would encourage people to use water wisely.
Southern Water, Sutton and East Surrey Water and Affinity Water, which was created by a merger of the Veolia companies last October, said their water reserves were also healthy and they were not anticipating any problems this year.
Statistics show 2012 was the second wettest year for the whole UK since records began in 1910 and just a few millimetres short of the record set in 2000.
It was the wettest year on record for England and third wettest for Wales, with a total UK rainfall of 1330.7 mm, 6.6 mm short of the record set in 2000.
Flooding affected parts of England and Wales one in every five days, costing several lives.