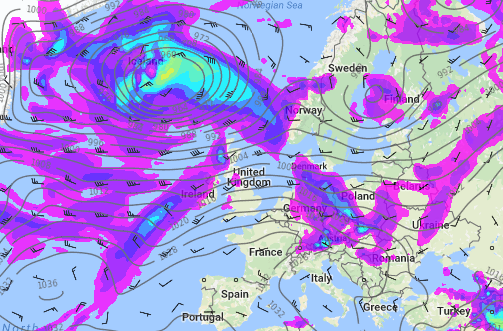 Last week WeatherWatch.co.nz reported on a large storm barrelling towards the United Kingdom out of the north Atlantic.

Today (Christmas Eve UK time) this storm is closing in, but the centre of the deep storm is further north than the models predicted a week ago, sparing London from the worst of the weather.

In saying that, England, Scotland and Ireland are in for a blast of gales, rain or showers and grey miserable conditions. Scotland is most exposed – but for the time of year it’s not too cold (well, until Boxing Day…)

Here’s the weather map (below) for noon Christmas Day UK time showing the centre of the low well to the north west.

The air pressure at the centre of this storm is in the 950hPa range.

On Boxing Day the highs drop to around 6 or 7 degrees in most main centres as the low drags in colder air from the arctic. 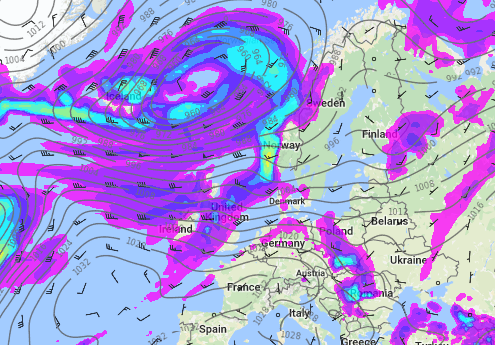