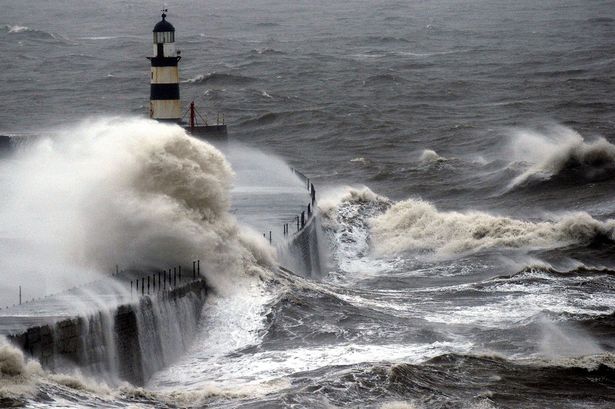 Washout summers. Flash floods. Freezing winters. Snow in May. Droughts. There is a growing sense that something is happening to our weather. But is it simply down to natural variability, or is climate change to blame?

To try to answer the question the Met Office is hosting an unprecedented meeting of climate scientists and meteorologists next week to debate the possible causes of the UK’s “disappointing” weather over recent years, the Guardian has learned.

This coming Tuesday’s meeting at the forecaster’s HQ in Exeter is being convened in response to this year’s cool spring, which, according to official records, was the coldest in 50 years.

The one-day gathering will be led by Stephen Belcher, head of the Met Office Hadley Centre and professor of meteorology at the University of Reading, and will include up to 20 experts from the UK’s leading climate research institutions.

The “roundtable workshop” will attempt to outline the “dynamical drivers of the cold spring of 2013”, but attendees are expected also to debate the “disappointing summers of the last seven years”.

Official records show that above-average temperatures in summer last occurred in 2006, a season that had above-average sunshine hours, and below-average rainfall. The only summer since then to give us average conditions nationally was in 2010.

The meeting will also discuss the washout summer of 2012 and the freezing winter of 2010-11.

The Met Office said it had never held a formal meeting in this way to discuss possible causes behind the UK’s unusual weather of recent years.

Scientists are normally reluctant to attribute anomalous weather to climate change because climate is typically defined as a regional average pattern of weather witnessed over a period of 30 or more years.

However, the attendees will discuss a range of possible causes, including melting Arctic sea ice, changes to ocean currents in the north Atlantic, and alterations to the jet stream.

They will examine the current state of the science regarding these possible drivers and identify what further research is needed, and a discussion about whether climate models need to be revised to take into account any recent changes to weather patterns, not just in the UK but across the rest of Europe. This week, the National Farmers Union said that 30% less wheat than normal was being grown in the UK this year due to the recent weather. In addition to this year’s cold spring, 2012 was the second wettest year in England since 1910, according to the Met Office.

Peter Stott, who leads the Met Office’s climate monitoring and attribution team, said there were “tentative indications in recently published papers that melting Arctic sea ice is affecting the position and behaviour of the jet stream”. But the recent unpredictability could be caused by “natural variability or something more long term”. It was still too soon to be sure.

One attendee at the meeting, Doug Parker, professor of meteorology at the University of Leeds, said: “We are universally finding that the links between the weather and climate communities are increasing and overlapping. Most climate issues reduce down to questions about what weather events are like, and the representation of short-term weather events is a key challenge in climate modelling. People are increasingly conscious that there is a change [to our weather]. There have been informal discussions in our communities about this for a while now. The key question is whether this is down to natural variability alone, or whether climate change is now projecting on to, and adding to, natural variability. I am going to the meeting with my eyes and ears open.”

A Met Office spokesman said: “We have seen a run of unusual seasons in the UK and northern Europe, such as the cold winter of 2010, last year’s wet weather and the cold spring this year. This may be nothing more than a run of natural variability, but there may be other factors impacting our weather there is emerging research which suggests there is a link between declining Arctic sea ice and European climate – but exactly how this process might work and how important it may be among a host of other factors remains unclear.”

I wonder if the cave man organised conferences to discuss any inclement weather way back when, what a joke, as if a conference to discuss reasons for ANY type of weather is worthwhile.

Just another corporate eat and drink binge with an outcome we probably are all aware of, and we will be to blame for ANY weather good or bad.

Predictable response from you. Leave the subject to those who understand it!