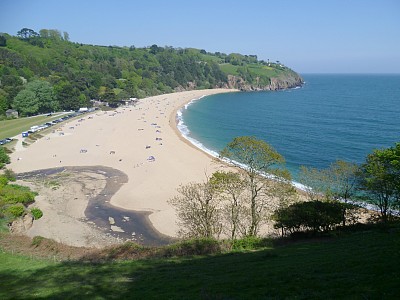 Yes we have finally waved goodbye to the nighttime frosts, the sub zero days and the snowfall that plagued the UK for much of March. So much so that England recorded its second coldest March on record (you would have to go back to the 1800’s to find colder!) and for the UK as a whole, it ended up as the coldest March since 1962.
The latter fact has already ignited the hopes and dreams of snow-lovers for next winter, as the winter of 1962/63 was one of the coldest in living memory.
Another remarkable statistic is that, given snow showers that fell across Southern England during the first few days of April, some parts of the UK (including my home county of Essex) have now seen snow falling in seven consecutive months, stretching back all the way to October 2012!

Back to the here and now, whilst we have seen an increase in temperature up to the dizzy heights of double figures, this has been accompanied by more unsettled conditions generally with bands of rain, gusty winds and some torrential and thundery showers as the wind direction switched from the North-East around to the South-West. There have also been some decent sunny spells, and with the sun now getting higher and higher in the sky, this has lead to some decently warm afternoons in any extended sunshine – I even had to wake up the air conditioning in my car from its long winter hibernation this week.

Sunday promises the first BBQ opportunity of the year for parts of Southern and Eastern England, with temperatures likely to peak at around 20c in any sunny spells, although somewhat disappointing further North and West with cloud and patchy rain through the day.

This sets the expected picture for the rest of the coming working week rather well for the UK, with low pressure barreling in to the Northern Half of the UK bringing some spells of wind and rain for most, though with high pressure located just to the South of the UK the best of any drier and brighter weather is likely across Southern counties. The forecast models are presently keen on a temporary ridge of high pressure building across the UK next weekend once again, so perhaps a decent weekend to come next week after a rather unsettled week.

Looking slightly further ahead, I have been carrying out preliminary research into the likely summer conditions for the UK and NW Europe in general in the past couple of weeks. Whilst this is still preliminary research and so open to change, the general outlook for the UK looks far drier than the summer of 2012, with rainfall likely to be around average generally (in stark contrast to the relentless rain of summer 2012), but temperatures still look likely to be around 1-2c below the long term average. Continental Europe could end up very wet indeed as the present signal is for low pressure to dominate just to the East of the UK, leading to a very disappointing summer potentially for the likes of Scandinavia, Germany, Poland, Belgium, The Netherlands, Switzerland and France.

Anyway, I must go and dig out my shorts in preparation for the first warm weather of the year – women of the UK, I apologise in advance.