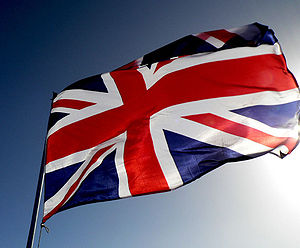 Over the past few weeks there has been a somewhat stuck pattern in place across the UK, delivering a bit of a North-West/South-East split, and this week has been no exception to this rule.

The problem has been that whilst high pressure has been located very close to the South of the UK, low pressure has also stuck close to the North of Scotland, and so as ridges of high pressure and small low pressure systems have battled with one another, we have been left with a situation of dry, fine, mostly settled weather across England and Wales, whilst Scotland and Northern Ireland have had to endure cloud, rain and at times some rather gusty winds.

So it has been fairly easy to summarise this week’s weather across the UK, with just a few added (and largely unwelcome) surprises thrown in. So for much of England and Wales, an area of high pressure has dominated proceedings, with some decent sunny spells and, given the time of year and the strengthening sun here in the Northern Hemisphere, some very pleasant temperatures up into to the high teens.
Unfortunately there also still remains some rather cold air across the Northern Hemisphere too, and the result of this under clear skies has been some overnight frosts – even some air frosts as temperatures dipped just below 0c overnight.
Where as further North our friends in Scotland and Northern Ireland have had to endure a low pressure dominated regime with cloudy skies, gusty winds, and either showers or longer periods of rain – much needed rain, it should be added, for Northern Scotland in particular.

Overall then not so fun here.

And unfortunately for those areas this bank holiday weekend in the UK looks likely to provide much the same story, with plenty of cloud and some rain at times.
This does, however, mean a continuation of the story for England and Wales too, and whilst Sunday looks likely to be a little cloudy through the afternoon, the bank holiday Monday itself looks likely to offer some glorious sunshine, and temperatures possibly reaching 24c – this is a very rare occurrence for a UK bank holiday, and is likely to leave some Britons scratching their heads in disbelief!

Things looks to go downhill somewhat as we head through this week, with the low pressure to the North of the UK making inroads a little further South introducing some more unsettled weather for many for a time, though offering gardeners in the South of England some much sought after rainfall after a few dry months. But in the meantime some pleasant sunshine to enjoy through the first half of the new working week.

Thats all for now folks, the UK bids you a fond farewell until next time.