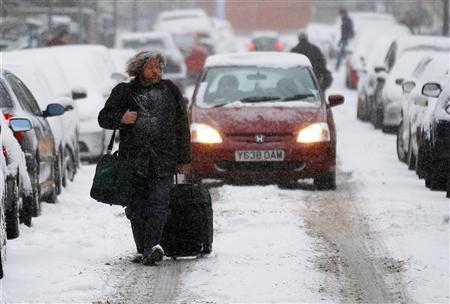 Britain could see dramatic weather extremes for the next 25 years, the UK Government’s chief scientific adviser said this week.

Professor Sir John Beddington warned that climate change and CO2 levels in the atmosphere could see huge changes in the weather.

Sir John, who is in his final week in this position, said: “The variation we are seeing in temperature or rainfall is double the rate of the average.

“That suggests that we are going to have more droughts, more floods, more sea surges and more storms.”

Thousands of homes across the UK are still without power and many roads remain impassable as Britain continues to shiver.

England and Wales experienced 10 separate flooding events between April and December last year after widespread drought gave way to the wettest summer in a century.

Around 8,000 homes and businesses were flooded.