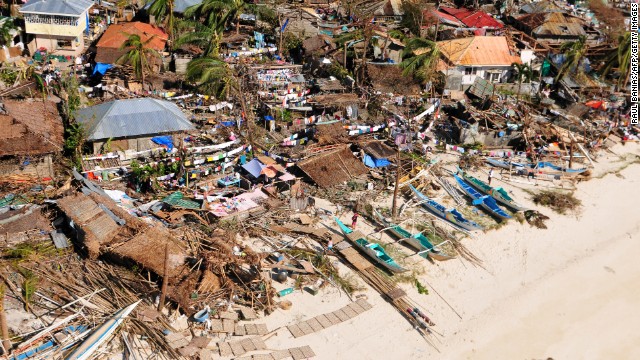 A day after Super Typhoon Haiyan roared into the Philippines, officials predicted that the death toll could reach 1,200 — or more.

“We estimate 1,000 people were killed in Tacloban and 200 in Samar province,” Gwendolyn Pang, secretary general of the Philippine Red Cross, said of two coastal areas where Haiyan hit first as it began its march Friday across the archipelago.

The Red Cross said it would have more precise numbers Sunday. But experts predicted that it will take days to get the full scope of the damage wrought by a typhoon described as one of the strongest to make landfall in recorded history.

“Probably the casualty figure will increase as we get more information from remote areas, which have been cut off from communications,” said Tomoo Hozumi, UNICEF’s Philippines representative.

The casualties from the storm, which affected 4.3 million people in 36 provinces, occurred despite preparations that included the evacuation of more than 800,000 people, he said.

On Saturday, more than 330,000 people were still in 1,223 evacuation centers, and the government had accepted a U.N. offer of international aid.

Image / Damage in the Philippines – visit CNN.com for extensive damage and typhoon photos