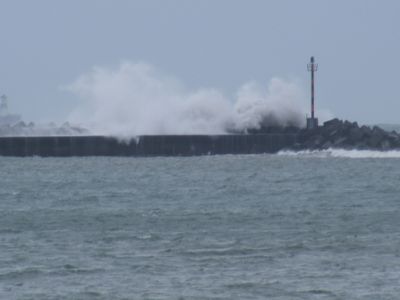 WeatherWatch.co.nz reports that two tropical storms have developed in the past 24 hours in the South Pacific and may turn into tropical cyclones by the weekend.

Tropical depression 19P has formed near Fiji and has favourable conditions to become a tropical cyclone as does 20P near Vanuatu.

Head weather analyst Philip Duncan says March is considered the peak of the Tropical Cyclone Season however so far New Zealand has remained in the clear. “We have seen one ex-cyclone and a number of sub-tropical storms slide past the east of New Zealand thanks to protective high pressure systems in the Tasman Sea”.

“The highs have really blocked any storms from the north moving down so far this cyclone season”.
Mr Duncan says while those in northern New Zealand should be aware of the storms, particularly the one in Vanuatu as it poses more of threat, current weather maps show it’s unlikely to have a direct impact on us.

“It’s only very early days but the next seven days look mainly dry and settled over northern New Zealand however we’ll be monitoring 20P very closely as any potential threat will be at the end of next week or next weekend”.

And while 19P is not expected to affect New Zealand’s weather is could create more large seas off the Hawkes Bay and Gisborne coasts next week.

The titles 19P and 20P signify they are the 19th and 20th tropical storms so far this season, but does not mean they are cyclone status. Once the storms intensify further they will be classed as a tropical cyclone and given a name. However unlike the clear cut Atlantic naming season, in which the entire regoin has one list of names, the South Pacific has three areas and three lists of names.