Two islands, two outlooks for the 2nd half of the week 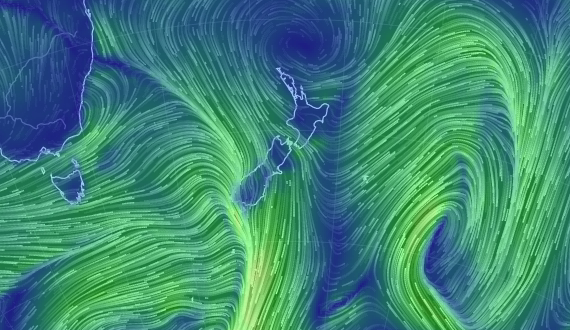 The past few days have seen some wildy fluctuating weather – from sunny and calm to wild and windy – and the end of the week is looking variable too – just not in those extremes.

The front which moved over the South Island yesterday looks like giving way to a southwesterly airflow, while right behind that is an anticyclone currently moving towards us from the Tasman Sea.

This will bring two very different types of weather to the two islands of the country.

For the far north, you’re looking at showers in the morning clearing and sunny spells for the rest of the day, as that southwesterly flow pushes everything out – though for Northland itself that rain may hang around into the early afternoon.

The rest of the North Island is looking at a mix of sun and cloud, while the prevailing winds will tend south to southwest.

In the South Island, it’s looking wet on the West Coast early doors, as well as about Southland and Otago – though these should clear and give way to a sunnier afternoon.

It’s the opposite on the other coast, though, with Christchurch looking at the possibility of some afternoon/evening showers about the foothills, while Marlborough and Nelson can expect the usual, calm sunny outlook – but with the chance of a shower in the early evening the only blip on the horizon.