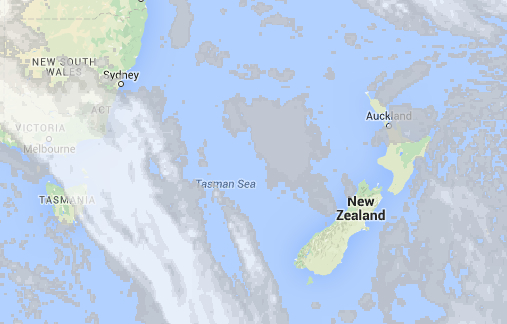 Saturday is shaping up to be a nice one for most of New Zealand – with sunny conditions set to dominate the weekend.
This is thanks to those two large high pressure systems either side of the country, which will be joined tomorrow by a ridge of high pressure over Northland.
A northwesterly airflow sits over the rest of the country, bringing warm temperatures and some high cloud to places in the South Island.

Most of the island can look forward to a sunny and settled day, with only light winds in the morning for most.
In the west it’s looking like westerly breezes in the afternoon, while on the East Coast the winds will tend northeasterly.

Northland can look forward to sea breezes in the afternoon, and  the chance of a shower later on in the afternoon and towards evening.
Wellington will stay sunny too, with northerly winds and the odd patch of high cloud.

It’s looking sunny in the east, along with northeasterly breezes, while on the West Coast it’s more of the same, though the winds will tend northwest and Fiordland will see some high cloud.

Otago and Southland can expect sunny areas but plenty of high cloud at times too.
Those west to northwest winds will stick around for most, with east to northeast breezes along the Otago coastline.

Nelson is looking its usual sunny self, with light winds in the morning, then afternoon northerlies.

Much of the North Island should get well into the mid 20s, while inland areas like the Waikato could get up as high as 27 degrees.