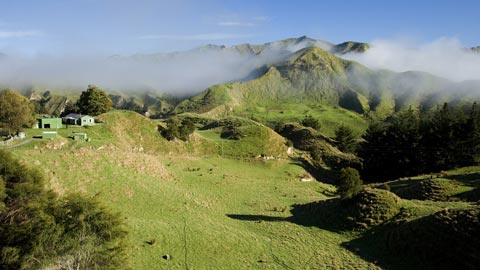 The North Island continued the trend of recent days with all centres in the twenties with Kawerau the hottest town with 28 degrees nationally.
The sun shone for quite a few areas however some clouds loomed large in a few places but delivered little, if any showers.

It was quite a different situation across the Mainland with more cities and towns in the teens than the twenties. Blenheim was the standout though with 26 degrees and Dunedin & Oamaru were both a nippy 15 degrees which is about five degrees below the February average.
Winds were cool along coastal areas with some cloud cover keeping the temperatures in check.

Most of the South Island is in for a coolish evening with the exception of Nelson and Marlbrough.
The north should see more of the same however tomorrow a front is likely to bring a sou’ west change in eastern areas with only isolated showers over central and southern parts of the country.
Once again another front breaks up as it crosses the nation.
The Far North is remaining largely dry with mild to warm temperatures.