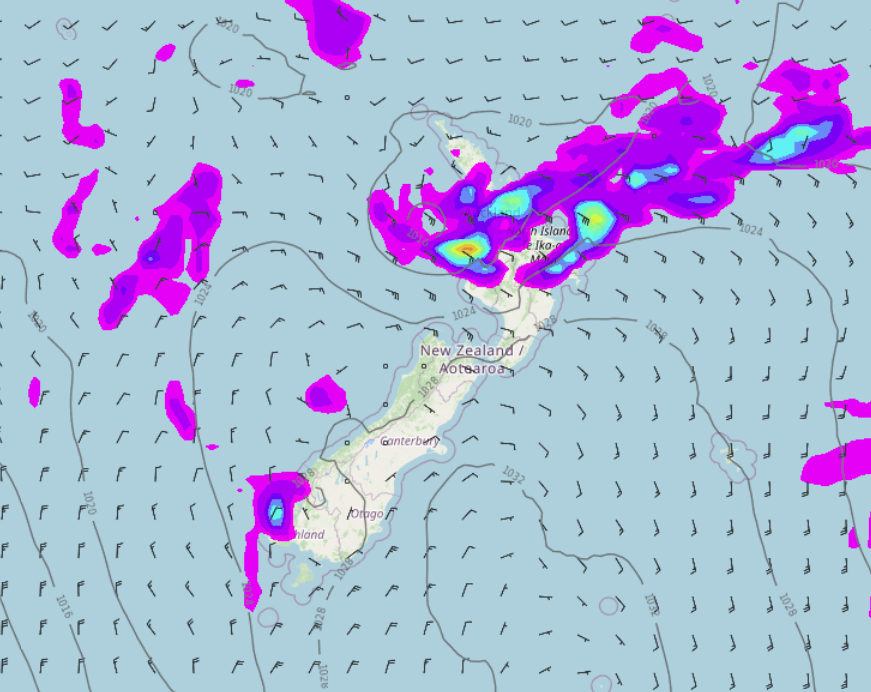 Northland, Auckland, Waikato & Bay Of Plenty
Occasional showers, while rain stalls over parts of Auckland with heavy falls this morning. East to southeasterly winds may be gusty about the coast with some gusts to gale force. Northland may be fairly dry, just a shower or two out west then showers become a little more widespread later in the day.
Highs: 14-17

West Coast
Sunny, Fiordland may see a shower or two from afternoon. Light southeasterlies tend onshore in the afternoon.
Highs: 13-15

Southland & Otago
Mostly sunny after a frosty start, there may be some morning fog also, light northeasterly winds. Northeasterlies become breezy in the afternoon for coastal Otago, some cloud at times especially evening.
Highs: 10-15