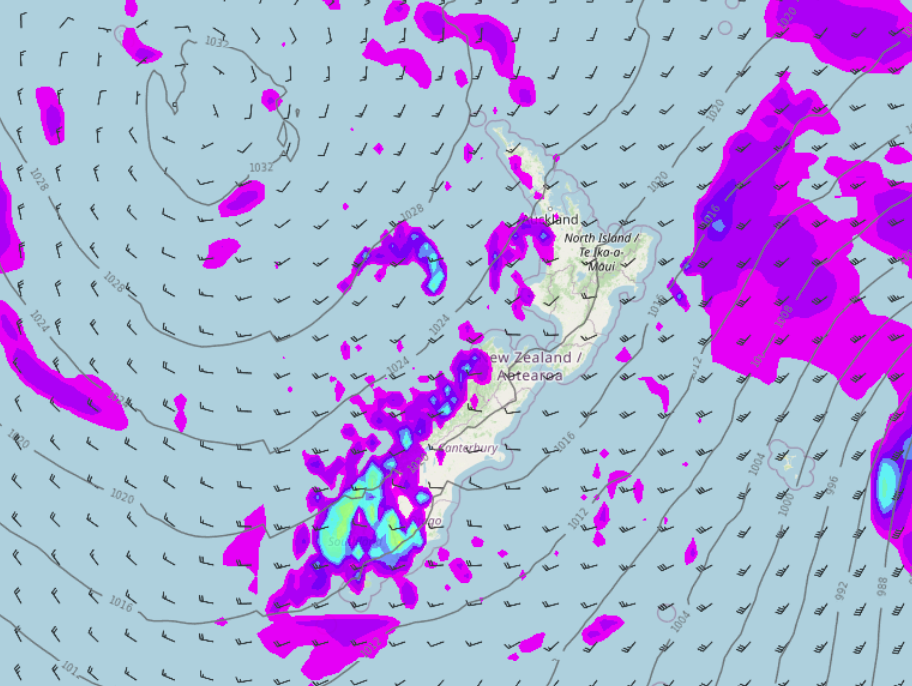 A southwesterly airflow lies over New Zealand today but the really cold weather has gone, eastern regions should be seeing some sun while a few showers still continue in the west and about the far south.

Northland, Auckland, Waikato & Bay Of Plenty
A mix of sun and cloud, the odd shower about western Northland then other western spots from afternoon. Bay Of Plenty has a mainly sunny and dry day. Southwesterly winds, breezy in the west from midday.
Highs: 13-15

Western North Island (including Central North Island)
Sunny, any early snow showers about the Central Plateau clear. In the afternoon some cloud and a shower or two moves back into Taranaki. West to southwesterly winds.
Highs: 6-14

West Coast
Showers for Fiordland, morning sun possible further north after a frosty start then cloud thickens up in the afternoon with the risk of a shower. Light winds eventually tend southwest.
Highs: 10-12

Southland & Otago
Showers for Southland, especially in the afternoon. Otago may see morning sun, then some cloud and a few spits into the afternoon and evening. Breezy Westerlies.
Highs: 10-14