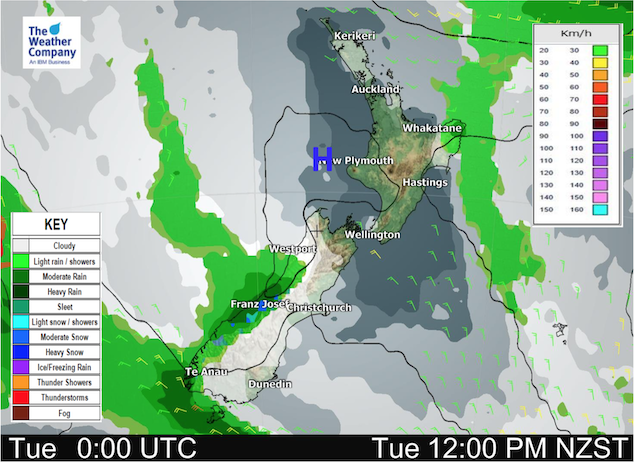 Northland, Auckland, Waikato & Bay Of Plenty
Mostly sunny, there may be a little cloud during the day for Northland and Auckland. Fog possible morning and night about inland areas. (i.e. the Waikato). Light winds.
Highs: 16-19

Southland & Otago
Morning fog possible then high cloud, some sun may break through at times. Northwesterly winds for most, light variable winds about coastal Otago.
Highs: 13-14