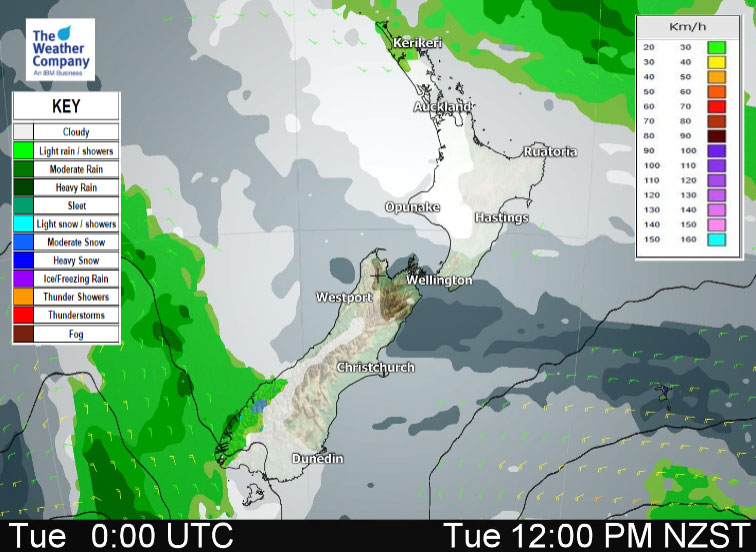 Mainly anticyclonic today bringing settled weather, a front pushes onto the southwest of the South Island from afternoon.

Northland, Auckland, Waikato & Bay Of Plenty
Sunny areas and some high cloud, watch for areas of morning fog. Showers or perhaps some rain across parts of Northland, Great Barrier Island and the Coromandel clears in the evening. Light southerly quarter winds.
Highs: 17-21

West Coast
Mostly cloudy, there may be some morning sun for North Westland. Showers about South Westland turning to rain by evening at which point showers move further north. Northeasterly winds.
Highs: 14-15