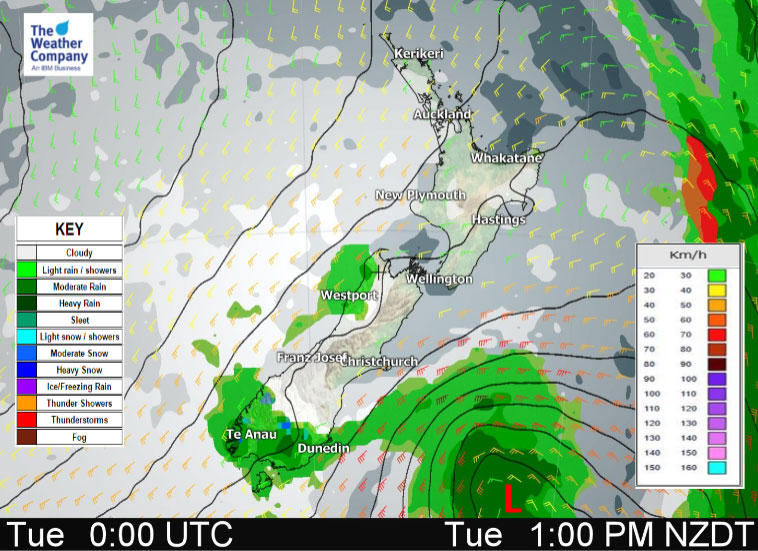 Eastern North Island
Cloudy areas, may be a shower or two about then breaking away in the evening. Southwesterly winds die out later in the day.
Highs: 17-19

Wellington
Morning cloud with the risk of a shower then sunny areas increase from afternoon as southerlies tend northerly.
High: 16-17

Marlborough & Nelson
Morning cloud about Marlborough then becoming mostly sunny in the afternoon, light winds. Nelson has mostly sunny weather with some high cloud, winds from the southwest.
Highs: 18-19