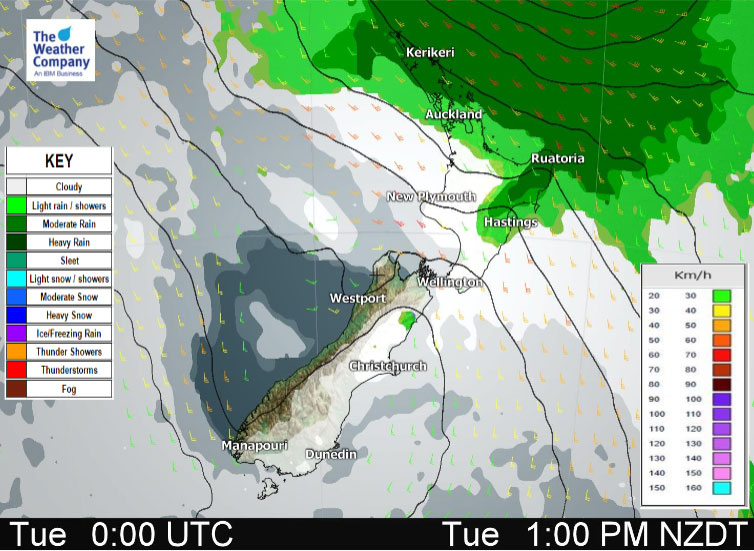 A south to southeasterly airflow lies over New Zealand today, wedged between a deep low to our northeast and a large high in the Tasman Sea.

Northland, Auckland, Waikato & Bay Of Plenty
Some rain or showers about Northland, northern Auckland, Great Barrier Island and Coromandel eases during the day then clears evening. Elsewhere expect cloud to break to some sun from afternoon. Southeasterly winds.
Highs: 18-21

Marlborough & Nelson
A mix of sun and cloud, chance of a shower about Marlborough’s southern coastline. Nelson has a sunny day after any early cloud clears. Winds from the southeast, strong about the Marlborough Sounds.
Highs: 16-20

Canterbury
Morning drizzle, cloud breaks to a few sunny spells during the afternoon. Southerly winds die out later in the evening.
Highs: 12-14