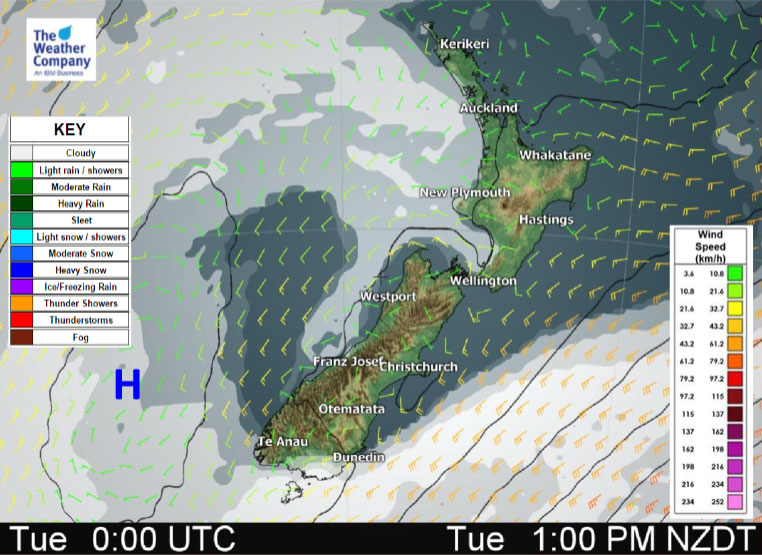 A large anticyclone in the Tasman Sea directs a gentle southwesterly airflow over New Zealand today, perhaps a little breezy about the far south however.

Wellington
Some morning cloud then mostly sunny in the afternoon, northerly winds change southerly in the evening.
High: 22