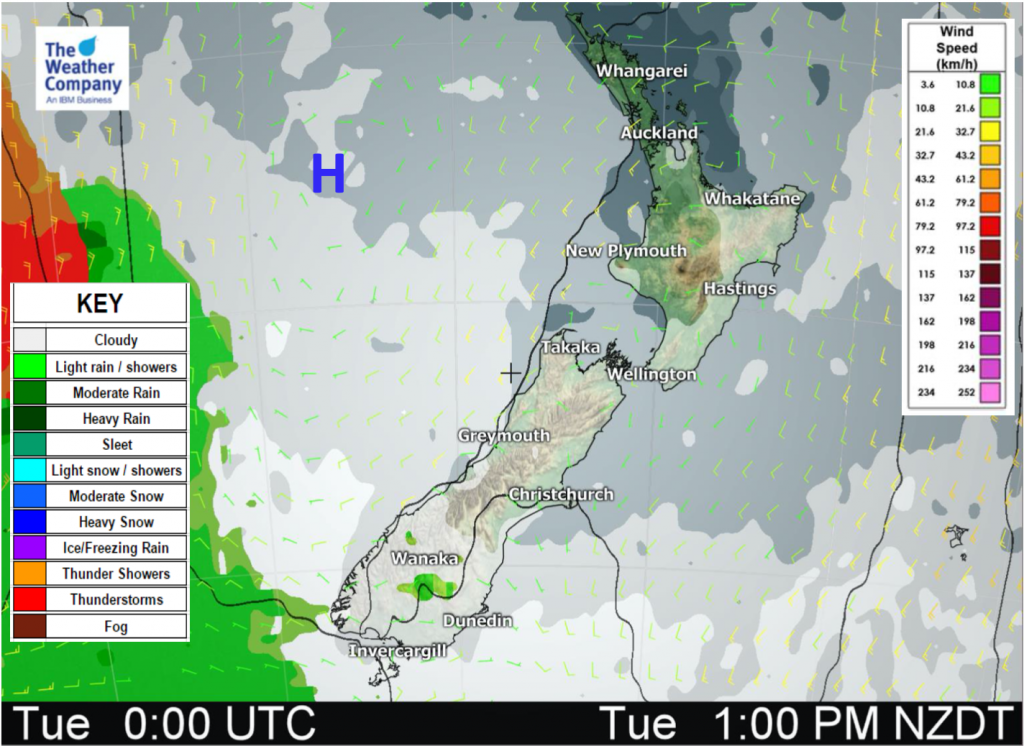 A large anticyclone covers New Zealand today bringing settled weather, plenty of morning cloud about however for some.