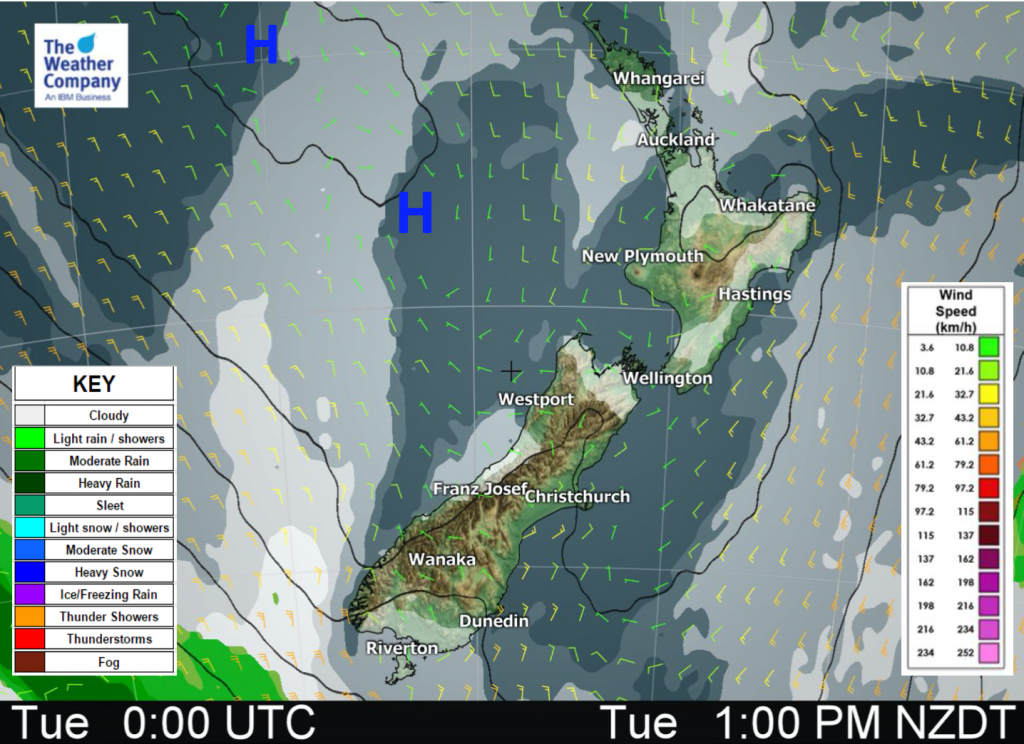 An anticyclone brings mainly settled weather to most of New Zealand today, a northwesterly airflow starts to build over the South Island.

Mostly sunny for most of the North Island today, light winds this morning then afternoon onshore winds (sea breezes). Some morning cloud about the upper North Island clears away.

Morning cloud for the West Coast of the South Island then afternoon sunny spells, light winds then afternoon north to northwest winds. Any early cloud clears Canterbury up through to Nelson in the east then expect a mainly sunny day, east to northeast winds for most, tending more northerly for Nelson.

Any early cloud clears Southland / Otago then mainly sunny, northerly winds for most however east to northeast winds freshen about coastal Otago.

Highs in the low to mid twenties for most of the North Island today, warmer inland while conditions are a little cooler right about coastal spots. Some inland parts of Waikato, Central North Island and inland Bay Of Plenty break into the late twenties. High’s in the low to mid twenties for coastal parts of the South Island, high twenties or early thirties for the inner South Island and Southland / Central Otago. The West Coast south of Greymouth stays in the high teens.