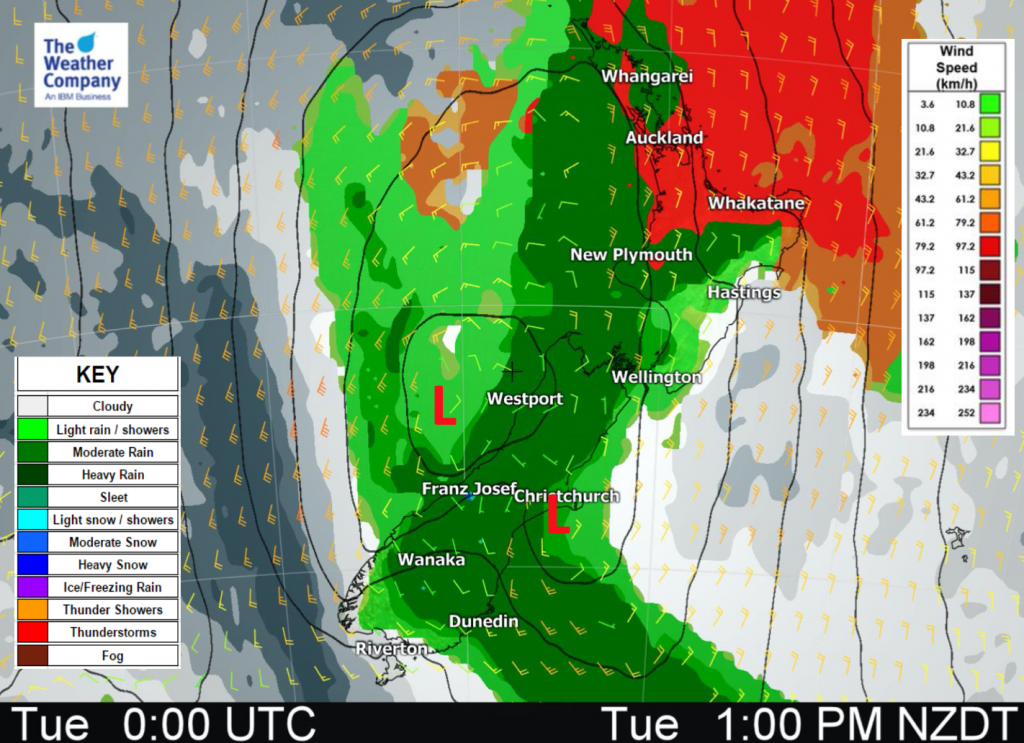 Southland & Otago
Showers ease clearing around midday for Southland, staying mostly cloudy. Areas of rain for Otago for most of the day, easing later in the evening. Southeasterly winds for most, southwest winds pick up about coastal Otago from afternoon.
Highs: 11-13