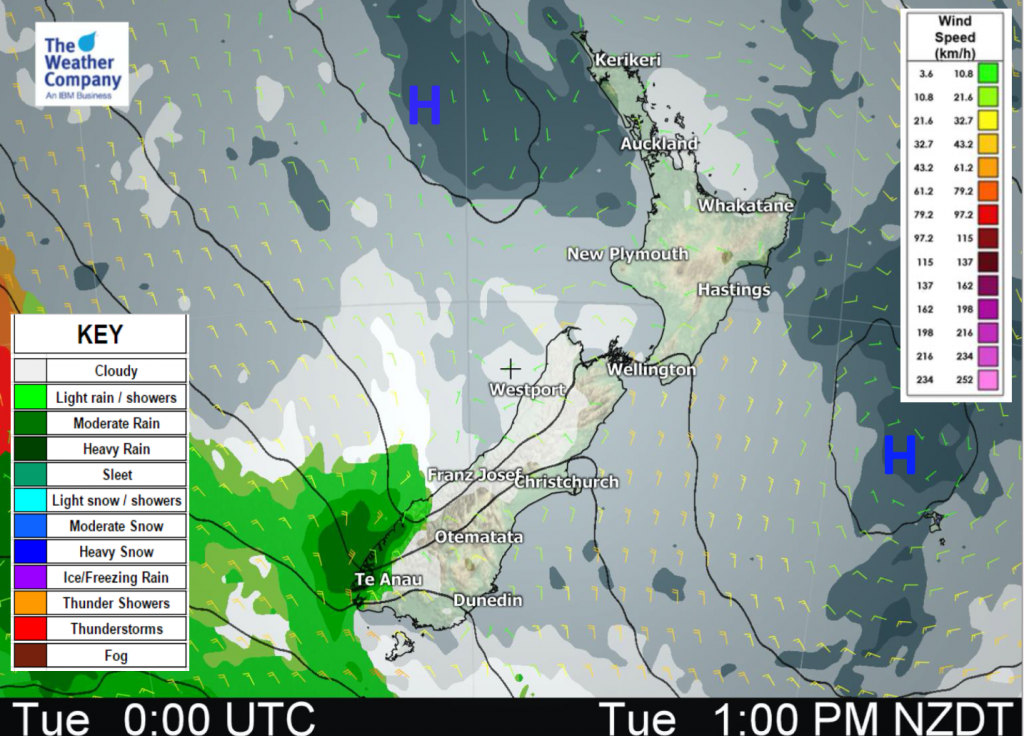 A northwesterly airflow builds over the South Island today, a ridge of high pressure lies over the North Island.

West Coast
Mostly cloudy skies for South Westland with northeasterly winds, expect areas of rain or drizzle at times about Fiordland. Greymouth northwards skies are sunnier with some high cloud, winds from the northwest. Warmest temperatures about inland Buller, coolest about Fiordland.
Highs: 16-24

Southland & Otago
High cloud, there may be a spot of rain mainly morning otherwise fairly dry. Areas of sun breaking through at times, more so from afternoon. North to northwesterly winds.
Highs: 23-26