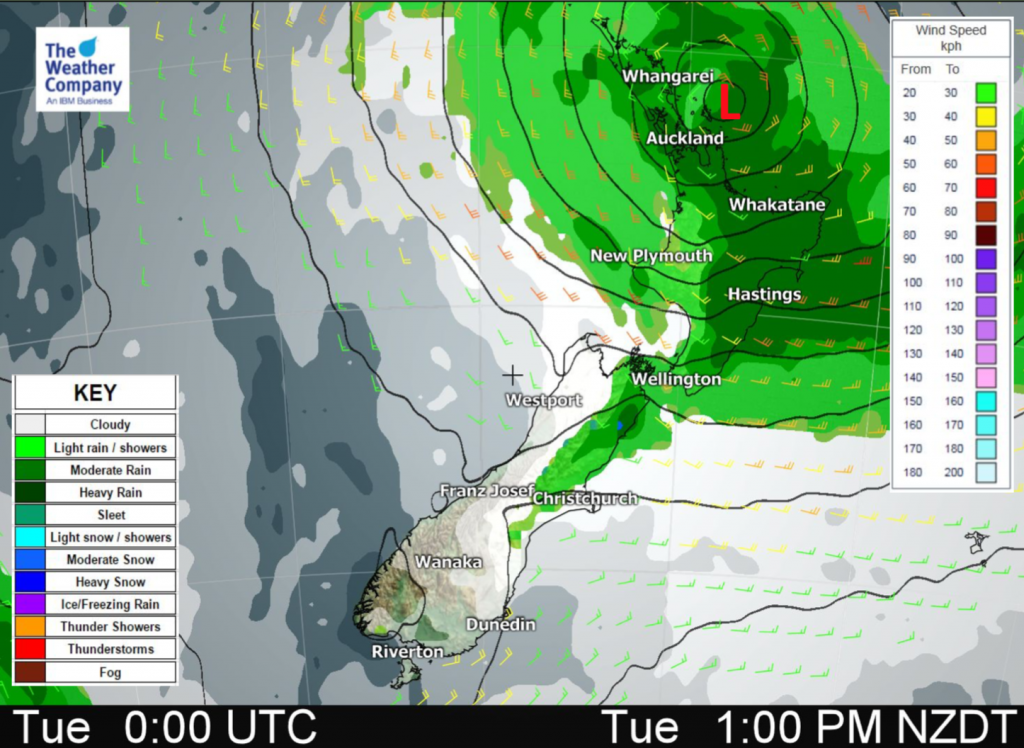 A low pressure system over Northland draws in an easterly airflow over New Zealand today, strong about some lower North Island regions.

Northland, Auckland, Waikato & Bay Of Plenty
Areas of rain breaking up, dry spells at times. Some sun may break through now and then from afternoon. Lighter Easterly quarter winds still a bit blustery but easing.
Highs: 16-18

Marlborough & Nelson
Areas of rain for Marlborough, may be a heavy fall in the evening or perhaps a little more persistent for a time. Nelson is cloudy, may be a shower otherwise fairly dry. Patchy rain or showers more likely about the northwest Nelson ranges / Golden Bay then clearing at night. East to southeasterly winds.
Highs: 12-15

Southland & Otago
Some morning cloud then mostly sunny, there may be an isolated shower late afternoon / evening about the ranges of western Southland otherwise mainly dry. Cloud a little more frequent during the day about coastal Otago. East to northeasterly winds, light for most but a little breezy about coastal Otago.
Highs: 14-18