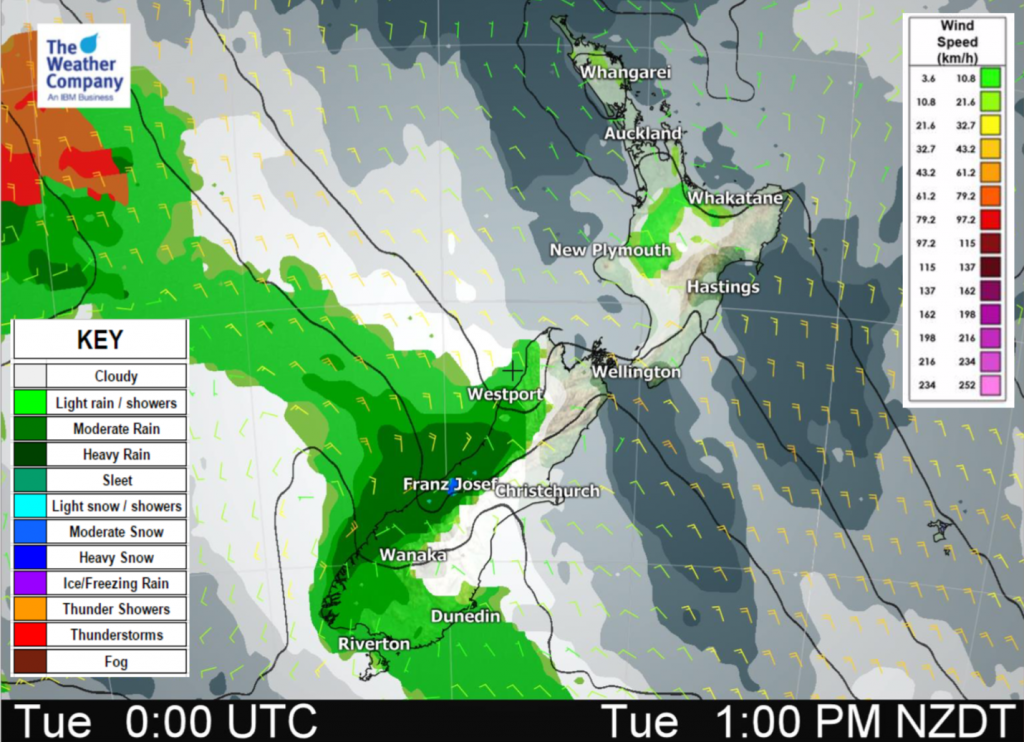 A northwesterly airflow lies over New Zealand today. A front within this flow slowly moves northwards over the South Island during the day mainly affecting the West Coast with heavy rain.

Northland, Auckland, Waikato & Bay Of Plenty
Morning cloud then sunny spells, could be an early shower for Waikato and Bay Of Plenty. Light west to southwesterly winds, afternoon northerlies for Bay Of Plenty.
Highs: 17-21

Eastern North Island
Sunny weather with northwesterly winds, an afternoon easterly may spring up for a time about coastal Hawkes Bay before dropping away in the evening.
Highs: 21-22

Southland & Otago
Mostly cloudy skies about Southland with cool temperatures, patchy rain or showers with dry spells increasing from afternoon. Mainly dry skies by evening. Winds are light tending southerly or southwest by midday. Otago has cloudy areas, there may be a spit or shower otherwise conditions are looking mainly dry with light winds.
Highs: 12-19