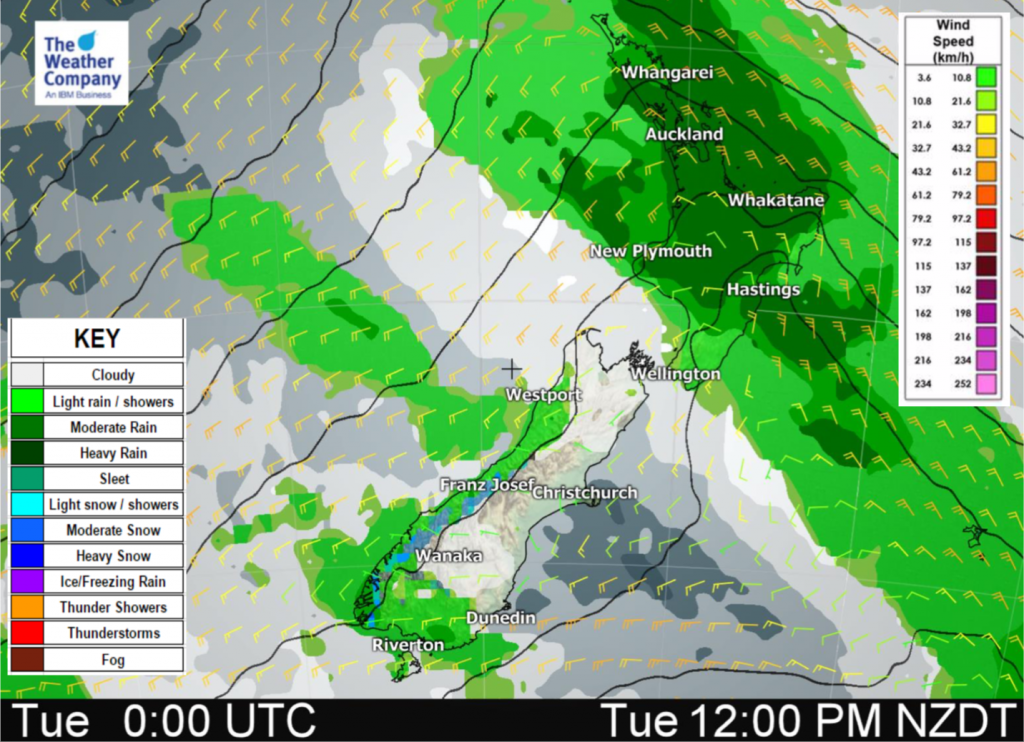 A small but intense area of low pressure forms on a frontal zone then moves over the North Island today coming out of the Tasman Sea, meanwhile a southwesterly airflow lies over the South Island.

Marlborough & Nelson
A mix of sun and cloud, may be an isolated shower in the afternoon / evening (mainly inland) about Marlborough. Light winds for Marlborough, southwester lies for Nelson.
Highs: 15-16

Canterbury
Mostly sunny, cloud builds in the afternoon especially inland as light winds tend southerly for a time then easterly. A few isolated showers come with these clouds, once again mainly inland about the foothills, a few may spread to the coast in the evening otherwise staying mainly dry there. Showers clear at night.
Highs: 13-15

Southland & Otago
Occasional showers about Southland, longer dry spells from midday. Otago has a dry start with some sun then an isolated shower or two from afternoon. West to southwesterly winds.
Highs: 9-13