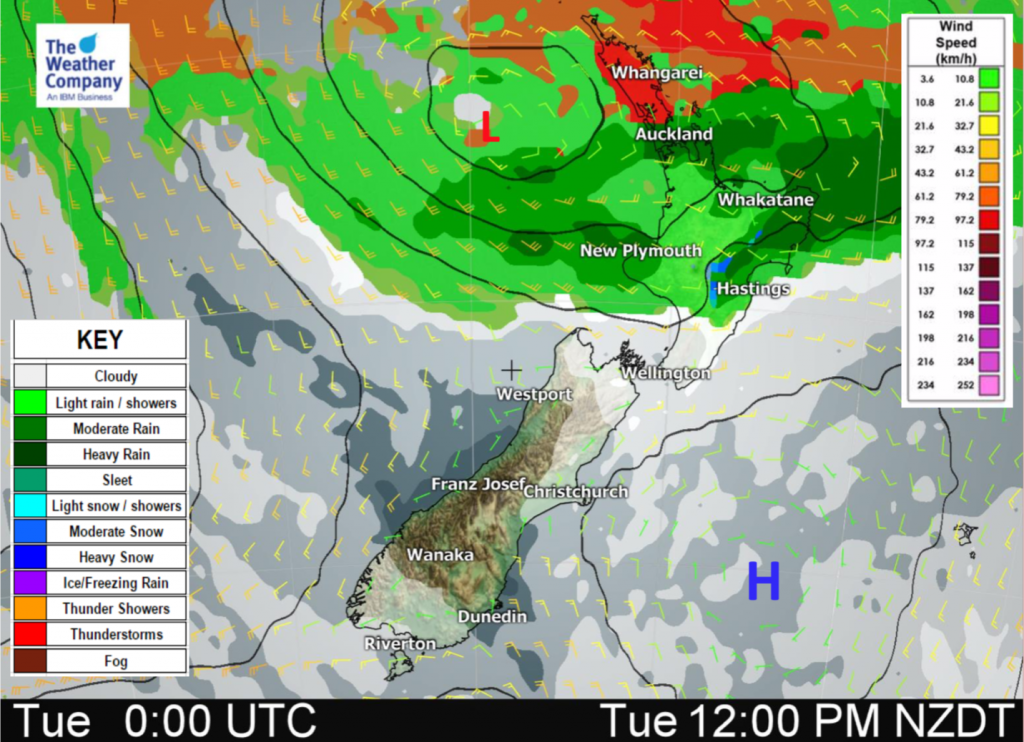 A low centred to the west draws an east to southeasterly airflow over the North Island today, a ridge brings some settled weather to the South Island although expect plenty of cloud especially morning.