Tuesday & Wednesday: The state of the nation (Maps x2) 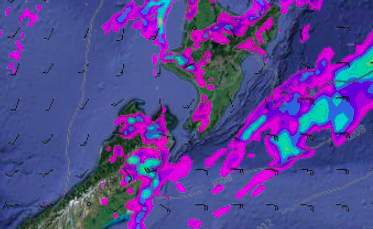 Talk about a variety of weather around New Zealand today.  Warm in some pockets, colder in others. In Auckland one half of the city has frequent showers, the other half mostly dry.  To make matters more confusing showers are blowing in from the SW in Auckland, but coming in from the NE in Bay of Plenty and Coromandel Peninsula (thanks to the centre of the low being nearby).

As of the 2pm hour there were scattered downpours across the North Island and north eastern corner of the South Island. 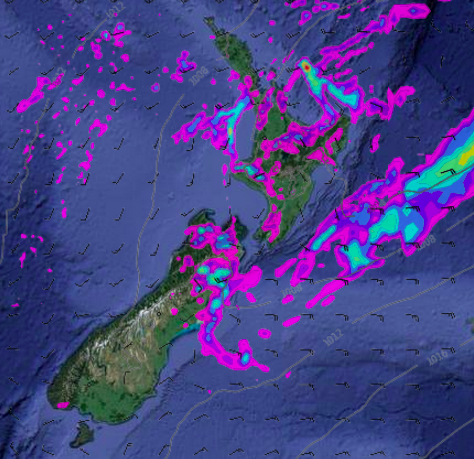 REST OF TUESDAY
Rain is now approaching Hawkes Bay and Wairarapa again from the east – coming in over the next few hours and setting in tonight.   A few isolated heavy downpours may also affect Northland and northern Auckland this afternoon.  Many other showers will pop up in coastal areas of the North Island too. Patchy rain and showers will continue to fall over the South Island’s north eastern corner – mainly north of Christchurch and east of the main divide.

WEDNESDAY – HEAVY RAIN:
Heavy falls are again possible on Wednesday especially around Wairarapa and Hawkes Bay as rain from the Pacific Ocean blows back in again – Gisborne and Marlborough may also have heavy rain again in with patches of rain and drizzle easing in North Canterbury in the morning.

Temperatures:
Some areas are warm, others are cold. It’s a complicated wind flow around NZ today with wind directions differing not only from region to region but from town to town within some regions!  With our mountains and ranges it splits up the temperatures a bit more.   Plenty of colder weather in the higher up east of both islands, and also the southern end of the North Island.  Some inland and western parts of the South Island are fairly warm today. Auckland is coolest in the passing showers in the northern half of the region. What are temperatures like at your place?

Here’s the latest national temperature map as of 2:30pm: 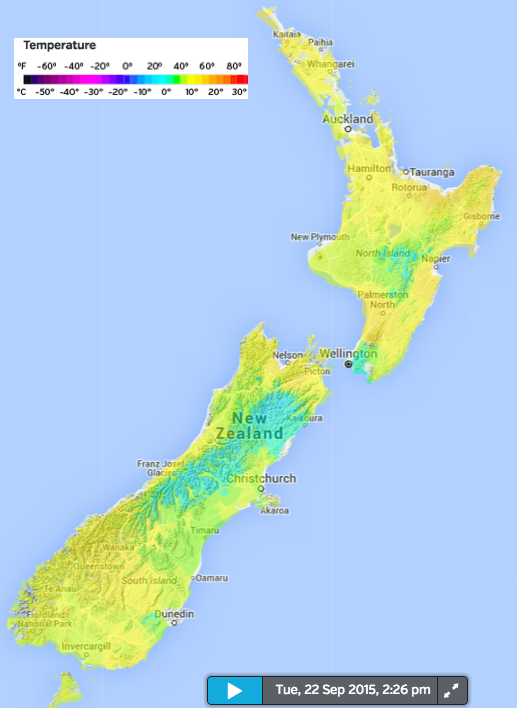