Tuesday shaping up changeable for two thirds of NZ 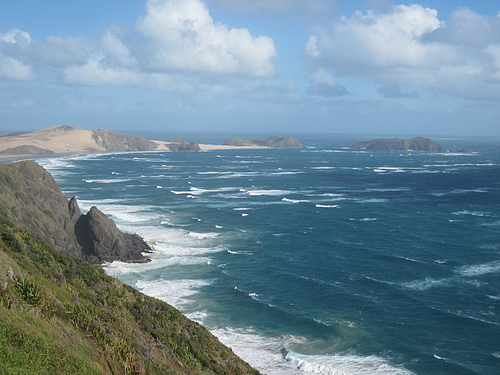 A chilly southerly is working its way up the Mainland this morning and its proving quite a change from recent days but it may not hang around for long as the next anticyclone moves in and promises quite a long and settled spell for Southerners.

West Coasters will miss a lot of the action with some showers possible today but not to any great extent and a clearance later is on the cards as the flow tends southerly behind the advancing front.

The front is set to keep advancing over the rest of the country later today and overnight tonight but showers at this stage appear to be petering and will have little or no effect over western and northern areas.

Tonight, temperatures could hit freezing point in Central Otago, inland Southland and also about the MacKenzie Basin as the skies clear behind the frontal system and frosts could develop before dawn with roads possibly becoming a little slippery as a result.

Top temperatures are llikely to over northern and eastern parts of the North Island before the wind change moves up over eastern regions.

Tomorrow the South Island should see plenty of sunshine once morning cloud and any drizzle lifts from northeastern coastal areas but temperatures are likely to remain and feel quite fresh.

Pic of southerly whipping up seas by idahokiwis